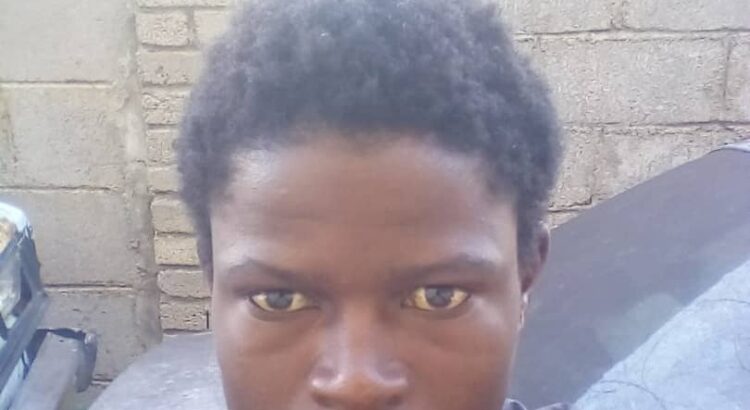 Kwanele Khumalo better known as Mntungwa kaMbulazi or Kwanele Mntungwa is a poet from Plumtree. He was born on 08 June 1997 in Filabusi, Insiza District. He did his primary education at Tshankwa (2004 to 2010). Kwanele attended Sikhathini High School from 2011 to 2014, and Thekwane High School between 2015 and 2016.

He attempted writing a novel in 2017 titled ‘Kungaxolelwana kuphele?’ , and dropped the project due to publishing related financial challenges. He also attempted to publish an anthology in isiNdebele in 2019 titled ‘Sesibunatha thin’ ogredi zero’ and later dropped the idea.

Kwanele translates some of his poems from isiNdebele to English language, two of which have been published in the Standard Newspaper. His poems are found on his Facebook page: Kwanele Khumalo Mntungwa. Below is Kwanele’s valentine ballad.

Africa is as a ball in your hands,
You hold it, you kick or keep it.
You are the team and the coach
At the same time.

It is only the bull that rules,
Until it expires.
Only a bull can lead by power.
Baba Museveni, yes they voted
For you at first.
But you vote for them,
To vote for you.

I have seen your dances Tata
A good musical dancer
Fit and flexible dancer
But can’t your sons of,
Your sons dance for you,
While you watch?

Perhaps you say this,
Like all stubborn all knowing Sirs,
Why don’t they mind their,
Little businesses.

We can’t sleep Numzane,
Ugandans make a lot noise,
Crying and crying.
Soldiers hovering,
Up and down,
Creating disorder instead of order.

It’s as if we’ve guard dogs,
Who sniffs and smiles at you,
Intruding and stealing,
Freedom at night.
My blame is not on you,
It is on the watchers who watch.

Someone should rise,
And save our beloved
Africa before it’s in tatters.
©️ mbulazi

One thought to “Woza valentine”