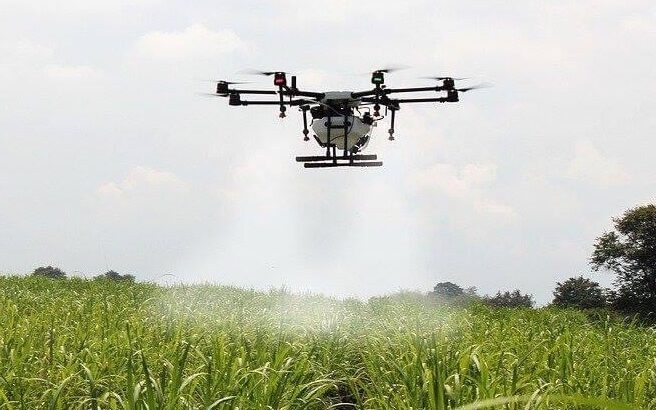 Climate change has affected food production in recent years, yet population growth has increased the demand for food. Farmers need to produce more food than before.

Large scale commercial farming has had negative impacts on the environment and arable land is becoming scarce as global population grows.

The adoption of precision farming systems has resulted in increased integration of technology in different farming systems. Airborne technology has revolutionised the agriculture sector with the need for data-based management systems necessitating the widespread use of unmanned aerial vehicles.

The use of drones in agriculture has proliferated and Agriculture Extension Officers (AGRITEX) need to be trained on how drones can transform the agriculture sector.

One of the most widespread uses of drones in agriculture is data collection. This requires one to be able to operate drones and use related software in the process of data collection and analysis.

This means Extension Officers should be trained on how to accurately and efficiently use the technologies to collect data for analysis and then be able to impart the skills to farmers in their areas of operation.

The conventional methods of crop management include scouting and, in most cases, Extension Officers move around the farm(s), monitoring plant health and identifying pests that may be affecting crops.

Drones can be used to capture images which can be used to determine the extent and the exact location where plant health is not as good as it should be or where pests are affecting plant growth.

The basic skills which AGRITEX officers should be equipped with include planning and executing an autonomous drone mission as well as mastering visible and near infrared remote sensing as it relates to vegetation and land use.

They should be able to use GIS software to analyse drone data, and inform decision making regarding crop health management. They also have to be able to process data captured though drones to produce meaningful information for planning and decision making.

AGRITEX officers and other staff also need an understanding of the current legislative framework governing the use of unmanned aerial vehicles as stipulated in the recently promulgated statutory instrument 271 of 2018, including the need for a licence.

It is also important for AGRITEX officers to be good drone pilots for the purpose of teaching farmers as well as using the drones to solve practical agricultural problems.

Not only are drones used in field crop management, but also in various areas in agriculture. These include monitoring tree health and populations mostly in hard to reach areas.

Pedological processes can be done through the use of drones as colour maps of the soil can be obtained through aerial imaging. Multi-Spectral sensors can be used to obtain data on animal population and all this requires specific expertise in data capture, interpretation and analysis.

These technologies change from time to time, with improvements in innovations made over time. Farmers should keep pace with the dynamics of technology so as to cope with the effects of climate change and continue producing food to feed the ever-growing population which will see a 70%increase in agricultural consumption by 2050.

5 thoughts to “Airborne Technology in Agriculture: The Need for Officers to be Technically Equipped”