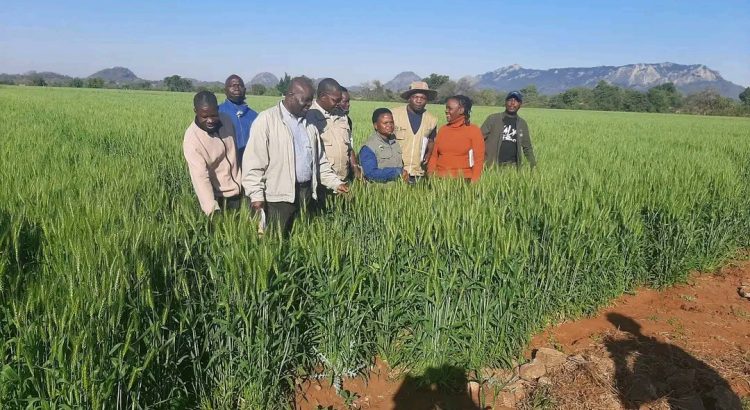 The Smallholder Irrigation Revitalisation Programme (SIRP) has seen the successful revitalisation of several irrigation schemes in Masvingo province, a development that is likely to spur a positive turnaround in rural agriculture in the province.

SIRP which is aimed at reducing vulnerability of smallholder farmers to food and nutrition insecurity, climate change and economic shocks, is a seven-year programme funded by International Fund for Agricultural Development (IFAD), OPEC Fund for International Development (OFID) and the government of Zimbabwe.

The programme which has boosted production in once moribund irrigation schemes contributes significantly towards resilience in the face of climate change-induced extreme events such as drought.

Banga Irrigation Scheme which was commissioned in April this year by the Minister of Lands, Agriculture, Fisheries, Water and Rural Development Dr Anxious Masuka, has twenty-three hectares under wheat currently.
The scheme has been described as a fine example of block farming, farming for sustainability and crowding in financiers. The rehabilitation of Banga Irrigation Scheme which involved the replacement of the valve at the dam, a 2km main pipeline as well as replacement of the canal system was completed in November 2021 at a cost of US $625 396.

In Chiredzi district, the ten-hectare Fungai Irrigation Scheme, Rupangwana Irrigation Scheme and Gudo Irrigation Scheme were rehabilitated under SIRP, and Tshovani Irrigation Scheme is still under rehabilitation.
The beneficiaries are being encouraged to grow cash crops which enable resilience to economic shocks, as well as contributing to the overall national output. This season, most of the land at the now fully functional irrigation schemes is under winter wheat and sugar bean.
Increased productivity among smallholder farmers is also going to enhance food security and save foreign currency used in the importation of food for the country.