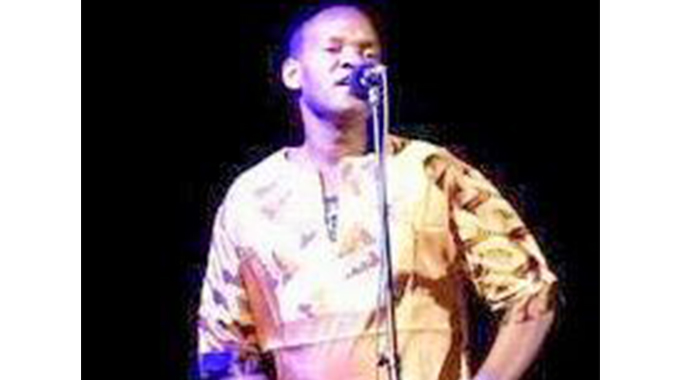 Can anything good come from Lupane? Kenny Canaan Moyo known as Kenny Mangena has responded to this question, not by his mere talking and speculations but by his career in music. He went to Mphahlwa number 3 and Mbondo primary schools for his primary education, then proceeded to Mabhikwa Secondary School.

Starting his singing as a joke in 1977,  music later opened the world at large for Moyo. He took singing as a profession in 1990 when he joined Isizukulwana singing team.

Because of his uniqueness as a guitarist, Moyo was asked by different artistes to play a guitar for them, including Obidiah Mantulana and Chase Khuza, to mention a few. He later joined the Black uMfolosi in 1995 as one of the vocalists in the team, until he left for the United Kingdom in 2001 in search for greener pastures.

Being driven by passion for his talent, the married father of four does music workshops in different schools and colleges in the U.K, creating his legacy and earning income through his talent.

The artiste has supported popular musicians including Albert Nyathi and Manyeruke among others. He also shared stages with other icons like Oliver Mutukudzi, Thomas Mapfumo, Sulumani Chimbetu and Chase Skhuza.

He has also composed his solo albums titled “Viva Lupane” and “Baba bani lo?”. He is also working on his new album “Shut up to live”. The artiste is also a Ndebele novel writer.

Albert Nyathi, the most popular poet described Moyo as a hard worker, who is friendly and armed with skills. Albert calls him ‘ umahlekelela’. Moyo said he is happy that Bulawayo is growing in arts.

He further encourages the youth not to abandon their God given talents.

“Your talent from God is something that belongs to you and it will always be yours. Because of my talent in music, I’ve managed to travel the world at large, music has exposed the whole world to me”, Moyo said.

The talented musician, who has been described by Nyathi as a bass guitarist, attempted to publish his book during his early years. However, he failed and decided to focus on nurturing his talent as a musician.

Moyo concluded that narrating his full journey on social media is impossible, the space is limited, he will appriciate face to face interaction. His journey is a full encyclopedia.

– Kwanele Khumalo is an IsiNdebele poet and novelist. He is also a journalism student at NUST. He can be contacted on: 0777332148. naisonjunior87@gmail.com

3 thoughts to “Kenny Mangena’s musical odyssey, from Mbondo primary to the UK”