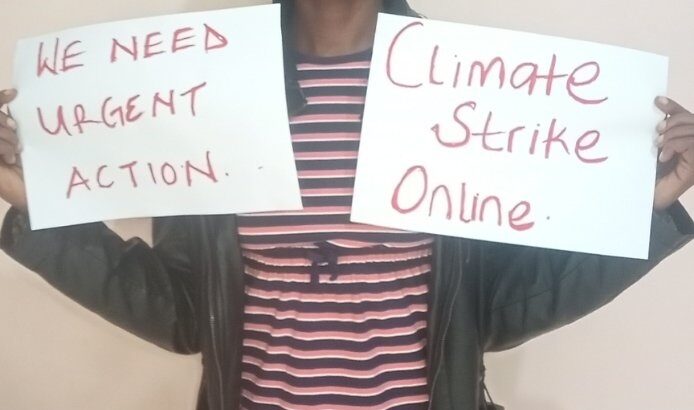 Five of the world’s plant species are at risk of extinction as a result of the destruction of the natural world. This has been worsened by climate change as droughts, tropical cyclones and other extreme weather events have become frequent especially in Sub-Saharan Africa.

Record breaking temperatures have been reported in the past two weeks, 49.6℃ in Canada, 48℃ in Siberia, 50℃ in Iraq; forest fires reported in Western U.S., and climate famine in Madagascar. This is evidence that climate change has become one of the major threats to humanity.

Environmental pressure groups have been instrumental in promoting environmental sustainability through advocacy, and lobbying governments and policy makers to develop and adopt environmental protection mechanisms in policy formulation and implementation. They have spoken against excessive pollution, unsustainable mining practices and the reliance on fossil fuels.

Millennials and the subsequent generations have a role to play in promoting sustainable means of production and environmental protection. The proliferation of digital technologies has seen a wave of youth-initiated environmental advocacy groups, engaging in “virtual climate strikes”, information dissemination, lobbying, waste management and recycling among other initiatives. Social media, blogs and websites are nascent avenues for disseminating information and raising awareness on issues of environmental protection.

Online advocacy, particularly on Twitter has grown significantly, among the youth. The growth in environmental conscience and volunteerism is by and large far-reaching in promoting sustainability in environmental protection and management of natural resources. A number of non-governmental organisations have emerged, and are taking advantage of the internet and digital platforms to speak against environmental damage.

“I have one thing to say to governments and banks that continue to fund the digging up of fossil fuels, we cannot eat coal and we cannot drink oil”, posts Vanessa Nakate, a Ugandan climate activist on Twitter

“When we say stop veldfires, it’s because we know their effects on livelihoods, food security, habitat and biodiversity. We all have a role to play in protecting our environment. All efforts combined can reduce the effects of veldfires in Zimbabwe”, writes Elizabeth Gulugulu on Twitter

“It is sad reality that people have to bear the burden of living on the edge of wildlife areas, but there is great need for us as humans to come up with copying strategies on how best we can coexist with wildlife and reduce the losses” writes Tapiwa Chimbadzwa on Twitter.

‘Keyboard worriers’, they are known by the moniker, yet their ‘digital voices’ are instrumental in the fight against human-induced environmental hazards, biodiversity loss and climate change.

Youths are challenged to go beyond advocacy and come up with tech-based solutions to challenges caused by environmental damage and climate change.

Being tech-savvy, they should be encouraged to utilise their proficiency in latest technologies, their ability to learn even faster and the availability and ease of access to information, to foster the development of technology-based solutions to prevailing climate and environmental challenges.

One thought to “Pressure groups, individuals in digital environmental advocacy”