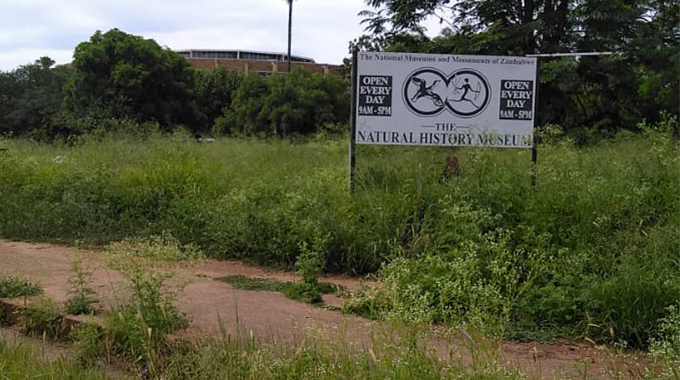 Since 1964, the four- story museum has been an important homage to the history, culture and people of Zimbabwe and Africa as a whole. However, the tourist attraction located in Bulawayo in the Centenary Park has been neglected and has turned into a sorry state due to lack of maintenance.

The museum is one of the best museums in Southern Africa and is ranked fourth in size among the museums of Africa. The museum contains exhibits illustrating the history, mineral wealth and wildlife of Zimbabwe.

In the past years, the museum has been attracting tourists from all over the world and is one of the country’s major sources of revenue.

However, the state the museum is in is very disheartening. It has turned into an abandoned circular building amidst tall grass and bushes, that one cannot even spot from the main road.

Some local residents have taken advantage of the situation and have turned the museum into a dumping site. This matter has to be brought to the authorities’ attention as the museum has ceased to look like a tourist attraction feature.

Not only is the museum looking unattractive, but has also turned into a den of muggers as nearby residents are mugged on their way home from town.

The museum’s status quo begs one question; what are the relevant authorities doing in order to mitigate the situation as this is obviously the worst state that the area has ever been in since its 57 years of existence? Action has to be taken immediately by the authorities that be to correct the eyesore that the area has become.

A 52 year old local resident commented on what the locals feel about the structure’s state.

“It is a major eyesore really, not only for us local residents but for tourists as well, who enter and leave the city using this very same road that passes just outside the museum,” she said.

The country’s historic treasure trove needs to be restored back to its prestigious state before it turns into a distant crumbling memory.

5 thoughts to “National History Museum of Zimbabwe in sorry state”