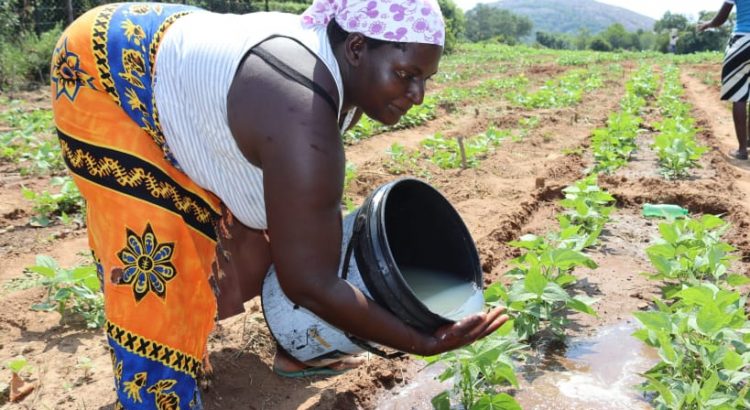 Several rural communities in Masvingo province recently benefited from donor funded projects implemented with the support of the government to enhance resilience and adaptation to climate change. The life-changing agricultural projects are likely to create a sustainable local economy and alleviate poverty in the face of climate change exacerbated economic hardships.

In Chiredzi North, 45 smallholder farmers from Nyangambe Irrigation  Scheme completed a water management training programme courtesy of Resilience ANCHORS, a USAID funded project whose purpose is to increase the capacity of communities to sustainably manage community-based natural resources and the wildlife economy in anticipation of future shocks and stresses.

The thriving community irrigation scheme produces a number of crops which include the African Bird’s Eye chilli under Kacholo, sugar bean, water melons, okra amongst others. The hands-on training programme is thus going to boost efficiency in agricultural production and enhance resilience to climate change.

In Mwenezi, several projects were completed through the Enhancing Community Resilience and Sustainability (ECRAS) project under the Zimbabwe Resilience Building Fund (ZRBF). These include the construction of weir dams such as Mzezengwa on rivers to store water for animals and irrigation in nutritional gardens. The dams have facilitated multiple uses of water, thus giving communities in Mwenezi crop diversification and enhanced household resilience.

Other programmes in Chiredzi and Mwenezi districts include installation of solar-powered boreholes as well as skills training in areas such as livestock fattening and water management. The project which targeted both young and old couples has benefitted over 1.3 million people across the country.

In Chivi, thriving chilli farming projects were implemented with the support of the Strengthening Competitiveness and Potential for Export of Inclusive Value Chains project in Zimbabwe SCOPE4IVC, a European Union funded programme that seeks to improve productivity and export competitiveness of Medium and Small Enterprises (MSMEs) in chilli, round nuts, and marula value chains. The producers are linked to chilli processors which enable them to realise the economic value of their farming efforts.