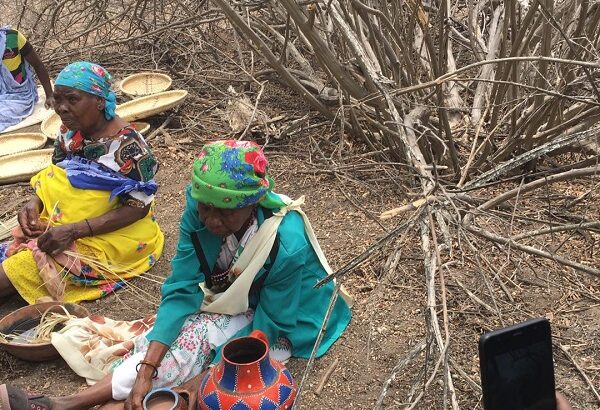 Ecological tourism which is thriving in the bushy and wild animal-rich lowveld of Zimbabwe can be complemented by heritage and cultural tourism. Travel enthusiasts can explore a number of historical sites in Chiredzi, particularly on the Malilangwe Reserve and Gonarezhou. They can interact with the Shangaan people in areas such as Boli-Muhlanguleni and Mahenye village.

Gonakudzingwa Restriction Camp is one such place that can be transformed into a modern heritage site and developed for historical tourism. Situated in the Gonarezhou National Park, Gonakudzingwa carries the history of the iconic independence makers of the country who were declared “troublesome” and were detained there, to isolate them from the masses during the liberation struggle.

Interesting is the fact that Gonakudzingwa is located in the Gonarezhou where a number of ornate tourist camps have been developed. Tourists who visit the majestic Chilojo Cliffs, Chilo gorge and various safari camps in and around Gonarezhou can visit Gonakudzingwa as well.

The late Father Zimbabwe Joshua Nkomo, Josiah Chinamano and his wife Ruth, Jane Ngwenya, Mhova Mkondo, Paul Tangi amongst others were incarcerated at the camp which was then closed in 1974. To the country at large, the restriction camp is outstanding as it reflects the struggles of key nationalist leaders in Zimbabwean history.

Apart from Gonakudzingwa, Mutandawe carries the history of the liberation struggle which gives it the potential for historical recognition. During the cease fire, freedom fighters were put at an assembly point at Mutandawe – Mutandawe Golf Camp, making it a point of connection for freedom fighters.

Such historical bearing of Mutandawe whose stories are often narrated by freedom fighters and war collaborators makes it a place to recognise in the development of historical tourist destinations.

There are also reports of a fierce that battle that took place around Jekero, a maChangana territory which can also be improved for cultural tourism, and be connected with the history of the armed struggle.

Archeological heritage sites discovered on the Malilangwe Reserve are also places to be for one to connect with the history of the country while enjoying nature. In addition to the 82 individual rock art sites dating between 700 and 2000 years, the Kambako Living Museum which showcases bush craft skills affords visitors an opportunity to learn about the maChangana’s knowledge of their natural resources.

Chiredzi district is home to the maChangana whose roots can be traced back from the Tsonga people, a diverse group of people which included the Shangaan, Tonga, Thonga and other smaller ethnic groups having first entered the then Transvaal around the 18th century. The Shangaan people (maChangana) are believed to have migrated from Zululand during the period of Tshaka and landed in the south east lowveld of Zimbabwe.

The traditional food, cultural practices, songs, myths, legends and folklores of the maChangana  can be of interest to travelers. The annual maChangana Cultural Festival once held in Chief Sengwe’s area in Chiredzi South is one cultural event to attend for both local and foreign tourists.

Tourists can also align their travel plans with the ‘graduation’ ceremonies of both boys and girls after their completion of the ‘hoko (engomeni)’ rite of passage.

The myths that surround Chisekela hot spring and salt pan make the place interesting to explore. Community elders narrate that ordinary people weren’t allowed to set their foot at the Chisekela spring as they could disappear.

Proper infrastructure can be developed and marketed to attract travel enthusiasts who visit safari camps in the Save Valley Conservancy.  Chisekela is also the place where some of the maChangana from Chiredzi North attend their adulthood rite of passage (hoko), giving it a double advantage for the development of cultural tourism.