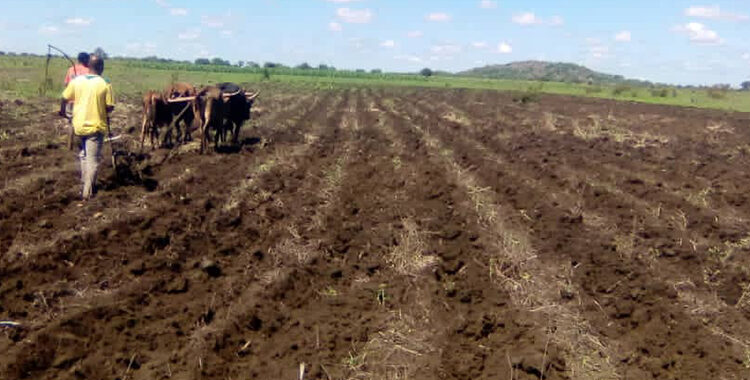 Small holder farmers should reassert their role as sole producers of food crops to ensure food security at community level. Despite the adverse effects of climate change, they can still produce enough to feed their families.

In recent years, there has been a perennial food crisis even in resettlement areas where thousands of families were allocated arable land following the historic Fast Track Land Reform Programme (FTLRP).

I can vividly recall how communal farmers in Chiredzi North Constituency could produce large amounts of grain and cotton.

The government then used to provide tillage services through the District Development Fund, education through Agriculture Extension officers and veterinary services. Guided farming systems were practiced including contour ploughing, regular cattle dipping and collection of rainfall records for informed decisions regarding planting.

However, both productivity and profitability in agriculture have become a thing of the past. Exacerbated by the impact of Covid-19 which disrupted every sector of the economy, food insecurity has also worsened Zimbabwe’s humanitarian needs as about 2.2 million urbanites have become food insecure.

There is a need for intensive education systems for farmers on sustainable farming practices such as the adoption of conservation farming, crop rotation, the use of organic fertilisers and climate-smart agriculture.

It is sad that there are certain small holder irrigation schemes which are lacking proper coordination. In some parts of the then Mkwasine Estate, irrigation is now being done on subsistence basis instead of commercial farming for economic gains.

Since the takeover, there has been a decline in productivity and profitability, vandalism of infrastructure as power and communication lines have been destroyed and water pumps stolen or dysfunctional.

Shortage of inputs, especially fertilisers, labour, transport for the end products and tractors for tillage are also some of the challenges faced by farmers. Moreover, some farms are currently lying idle with only thatching grass growing. There is a need for proper coordination to restore the area to its former glory.

Communal farmers who produce cotton have also been affected. Unfortunately, it is the market which determines the prices of the agriculture products from cotton to tobacco and late announcement of produce has also been another challenge. There are reports that some farmers who sold their cotton to Cottco were being paid in kind for their 2020 produce which discourages cultivation of the same crop.

Most of these small holder irrigation schemes operate under flood irrigation, but without proper irrigation infrastructure such as canals. Irrigation systems used do not only have environmental impacts, but also have a negative impact on soil quality.

The poor farming systems are accelerating soil exhaustion and increasing soil erosion. In some resettlement areas, deforestation has led to the extinction of important species and veld fires destroying extensive areas of vegetation.

If such practices are not checked, the result is the continuous decline in the water holding capacity of the dam leading to water shortages. The impacts which cannot be as clear today, may result in serious water shortages for irrigation. There is a need for proper catchment management and checked farming practices to prevent siltation.

There must be revitalisation and maximum utilisation of existing irrigation schemes particularly in the low veld and the challenges being faced by farmers should be addressed.

The government’s efforts to ensure increased food production is also commendable, for instance the provision of inputs and the implementation of Intwasa/Pfumvudza. However, the shortage of inputs is not the only challenge affecting subsistence farmers, but lack of expert advice and frequent checks on farming practices have affected productivity among a myriad of issues.