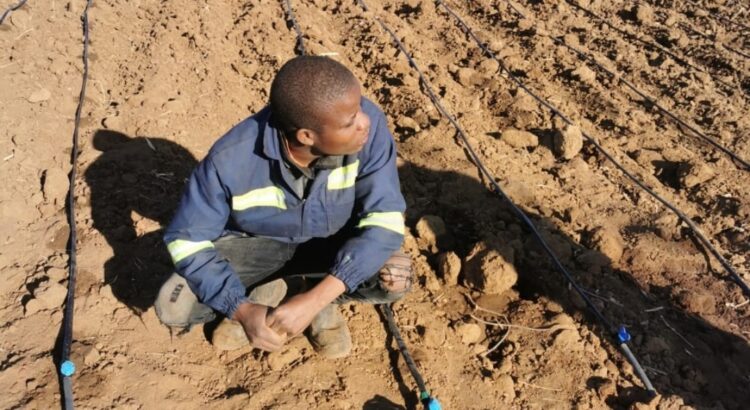 Forecasts by the Food and Agricultural Organisation of the United Nations indicate that global food production will need to increase by 60% by 2050 to feed the ever-expanding global population.

It should also be noted that Africa has the potential to feed the 9 billion people that will inhabit this planet by 2050 as the continent sits on 65 per cent uncultivated arable land. This can be achieved through increased investment in agriculture intensification and extension across the continent.

Zimbabwe also has the potential to feed herself and reassert her position on the African continent as the bread basket of Africa. The attainment of independence we celebrate today remains half the story if we still import food from other countries as the pan-Africanist Thomas Sankara once said, “he who feeds you, controls you”.

Given the climate induced challenges affecting agriculture, such as mid-season dry spells and early season cessation, coupled with extreme temperatures, investment in irrigation infrastructure should be given special attention if we are to attain a food secure Zimbabwe.

The story of a successful irrigation project however cannot be complete without mentioning the role played by irrigation specialists. Today we feature Engineer Wellington Rusere, a young and passionate agricultural engineering specialist.

Raised in the mountainous and remote Zaka East Constituency, Masvingo province, he grew up witnessing chronic hunger affecting rural communities, and it is beyond reasonable doubt that this inspired him into Agriculture Engineering, to specialise in irrigation infrastructure design, since irrigation is one of the most effective and sustainable responses to climate change induced droughts.

Engineer Welly, as he has become affectionately known is plying his trade under Triumph Global Engineering, an irrigation and water engineering company headquartered in Gweru, No. 53 Second Street where he is responsible for borehole siting, pump installation and irrigation infrastructure design.

Triumph Global Engineering offers services such as borehole siting, drilling and casing, borehole capacity testing and borehole deepening. Other services offered include pump sizing and installation, both DC and AC, pump fish out, and solar systems installation for both domestic and commercial use.

The organisation is also the farmer’s touchpoint for services such as irrigation system design and set up (drip and sprinkler systems), irrigation and agronomy consultancy. All the services are offered countrywide.

Engineer Welly says his passion is to see the transformation of the country’s agriculture sector through the widespread use of appropriate agricultural technology and sustainable irrigation methods.