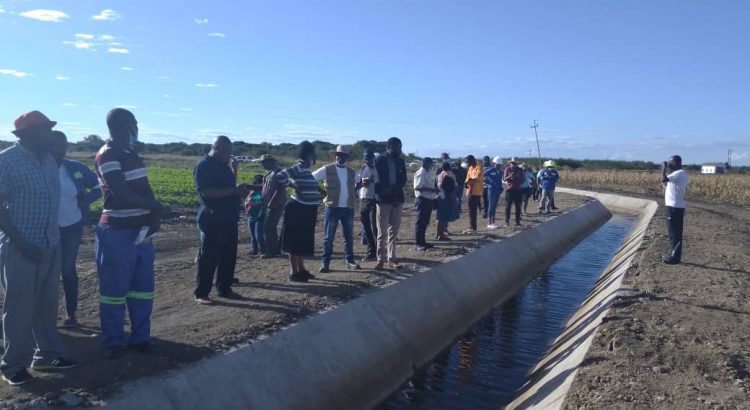 A considerable number of smallholder irrigation schemes in Chiredzi district, Masvingo are operating below their capacity despite the abundant supply of water from some of the country’s largest inland reservoirs.

There is therefore a need to expedite the transformation of these smallholder irrigation schemes from subsistence-based farming systems to commercial-oriented projects. This will create a sustainable local economy, enhance resilience and reduce vulnerability to climate change.

In that regard, the response by the government through the Smallholder Irrigation Revitalisation Programme (SIRP) with the support from the International Fund for Agricultural Development (IFAD) and the OPEC Fund for International Development (OFID) is highly commendable. The 7-year-programme which was launched in 2016 aims at reducing the vulnerability of smallholder farmers to climate change, from economic shocks and enhance food and nutritional security.

Under the Smallholder Irrigation Revitalisation Programme, the three hundred- and sixty-hectare Tshovani Irrigation Scheme in Chiredzi district is currently being rehabilitated, targeting key irrigation infrastructure to ensure full-scale operation of the scheme.

In Rupangwana, the irrigation scheme which had become moribund has been revitalized and production resumed, with farmers producing an assortment of crops including sugar bean and maize. The beneficiaries of the project also include farmers from Gudo Irrigation Scheme in Chiredzi who currently have a biofortified NUA45 bean crop in their fields.

There is however a need to also assist farmers with lucrative markets for them to realise farming as a business. Value addition and strengthening market linkages will also incentivise investment in sustainable farming systems and the fruits will eventually cascade into the country’s agro-anchored economy.