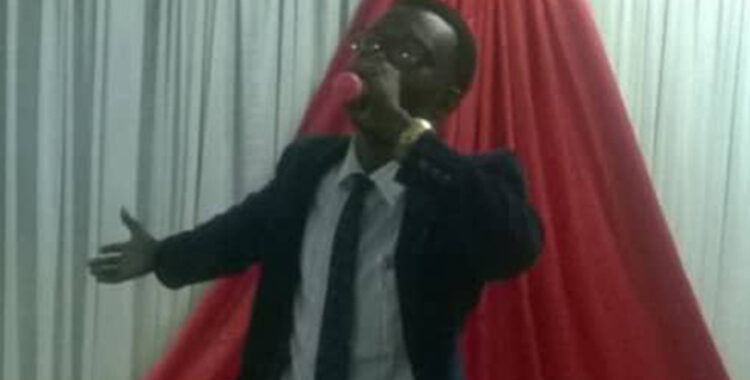 Most of Zimbabwe’s local artistes depend on music as a source of income and the effects of Covid-19 have left many without regular income. Since the national lockdown which was effected on the 30th of March, most local musicians have not fully recovered. However, such challenging times have forced local artistes to be innovative and come up with alternative means to stay in the game. Zimbabwe has witnessed activities such as online campaigns and online shows which have become a trend amongst our fellow artistes.  One of Bulawayo’s young and talented gospel artist, Emmanuel Mativenga, has taken gospel music to another level. In an interview, Mativenga said the national lockdown gave him time to reflect and find inspiration for new songs and to interact with fans, unlike when he had busy schedules. Through his WhatsApp group chat Mativenga Music Family and Facebook page Emmanuel Mativenga Music, the musician managed to keep in touch with his fans, responding to their feedback and attending to their music requests. As much as the outbreak of Covid-19 disturbed most artistes, Mativenga paints a better picture and says, with the extra time in his hands, he managed to focus on composing his singles Ndovimba Nemi, Paridzai Shoko, Varipo and Mondifadza, which will be part of his upcoming album Muri Mwari.

The young Bulawayo based artiste is well known for his cocktail fusion of gospel, reggae and afro-pop music which has created a large fan base for him. However the national lockdown gave the musician the opportunity to also venture into other music genres.

“I also managed to release a love song called “I love you” during lockdown”, hinted Mativenga.

The young gospel artiste has featured in radio interviews with Liberty Mkhululi Luphahla which opened doors for music requests and a chance for fans to vote for the artiste on the Coca-cola top 20 Gospel shows. Since lockdown, Mativenga’s songs have been making waves on the country’s radio stations like Radio Zimbabwe, Midlands FM, Hevoi FM, Yoh Fm and Starfm. As a young gospel artiste, he has risen against all odds and his song Mondichengeta scored number 42 in the 98.4 FM Midlands Gospel Top 100. The musician gives his greatest appreciation to fellow local artistes like Simbarashe Pfeka, Hlengani and prominent gospel musician Rev T. Chivaviro and wishes all local artistes would continue to support each other through these tricky times.

One thought to “Mativenga to release new album”