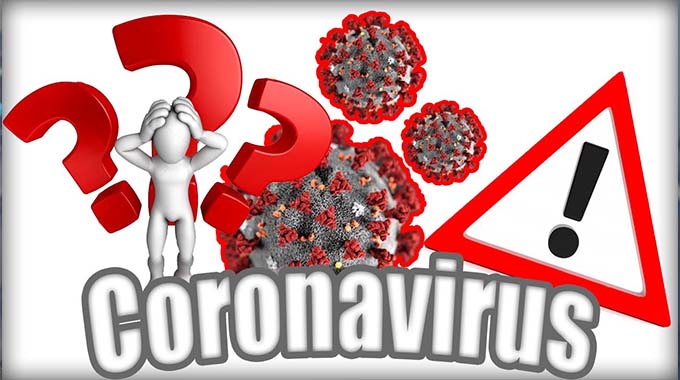 I remember that day on March 20, after a discussion on how fast Covid-19 was spreading and obviously into Africa. Just in the early hours of the evening while watching ZBC news, the breaking news icon popped and the headline – Zimbabwe Records First Coronavirus Case – flashed. Well, I couldn’t believe what I had seen, I felt uneasy to the reality that the deadly virus had not respected our borders anymore. The case was reported in Victoria Falls after a 38-year-old man tested positive and was placed in lazaretto. I sensed the seriousness of the situation from the fact that the news was broken by then Minister of Health and Child Care Dr Obadiah Moyo. It was then obvious that we were going into lockdown, a global disruption of that kind which was not common to us.

Surprisingly, three days after the first confirmed case, the country recorded its first coronavirus related death after a patient who was admitted at the Covid-19 isolation facility, Wilkins Hospital died. That was too fast. The former Minister of Health and Child Care Dr Obadiah Moyo had urged the public to remain calm but the news of the first death dragged people into panic mode. The first victim was a prominent broadcaster whose popularity drew the attention of many, there was increased panic and a quick call-to-action.

Four days later, on March 27  the president declared a 21-day total lockdown to contain the spread of the lethal virus. The tide of lockdowns which had affected many countries was now close to home. The president said that all citizens were required to stay at home, except essential movements to buy food, other essentials and critical services as cases had risen to five. Interesting to note that many companies started requiring their employees to work from home where possible, and getting to town required a clearance from responsible authorities. People went on to buy foodstuffs days before the beginning of the lockdown on the 30th of March. By 31 March, Zimbabwe had eight positive cases and one death after a total of 274 tests was done.

As the government’s response to the rising number of Covid-19 cases, the president announced the extension of the lockdown by 14 days to May 3 as confirmed cases had risen to 25 with 3 unfortunate deaths. Though necessary, the extension of the lockdown posed challenges to the generality particularly those in the informal sector. Hawkers started capitalising on door-to-door movements selling their wares. The commuter business was affected at large as only Zupco kombis were allowed to operate. Many people who were working in the informal sector lost their source of income. New vending models emerged. Itinerant traders started selling their products along major roads in their respective neighbourhoods.

Rural people were also affected as they could no longer travel to town due to transport challenges. On a positive note, online businesses gained momentum, WhatsApp based news platforms emerged, digital retailing became pronounced and only digital laggards suffered from the disruption. Surprisingly, the government announced that the public was now free to use foreign currency to pay for goods and services at the end of March 2020. Authorities said that the policy change was an additional measure meant to reduce the impacts of the virus on the economy.

By the end of April, Zimbabwe had 40 confirmed cases including five recoveries and four deaths. May marked a sharp increase in Covid-19 confirmed cases and testing also improved. The month ended with 178 confirmed cases, 29 recoveries and 4 deaths after a total of 45 395 tests was done.  The lockdown fatigue was softened by online shows, one of which  was named Gara Mumba Iwe organised by Prophet Passion Java. It was at one of these shows that dancehall musician Winky D surprised the fans when he came to the show dressed in a red jumpsuit and a fancy mask, a costume in resemblance of Money Heist film character. To some dancehall musicians, the lockdown was a blessing as they became popular through social media. One of such artists who even drew the attention of politicians is Valentine Choga aka Van Choga who manifested with his funny art and brand of a character full of energy.

According to a situation report dated 30 June 2020, the number of confirmed cases had jumped to 591 from 178 by the end of the previous month despite the lockdown restrictions. In yet another televised surprise, the president announced an imposition of a curfew with effect from 22 July 2020 as well as the criminalisation of deliberate or reckless transmission of Covid-19 amid the rapid increase in cases. By the end of July, Zimbabwe had confirmed 3 169 cases and 67 deaths with a cumulative number of tests done standing at 131 035. The country also reported its highest daily Covid-19 deaths tally in mid-August after 18 deaths were reported in one day.

Between July and August, the number of confirmed cases almost doubled after 6 497 cases were reported on the 31st of August 2020 and the death toll rose to 202. On a positive note, a recovery rate of 80,3% was reported and active cases had gone down to 1 074 with 5 221 recoveries. As the number of daily cases began to decline, business hours were extended and the curfew was shortened in a bid to save the economy from the adverse effects of the pandemic. By 30 September, Zimbabwe had recorded 7 838 cases, 6 303 recoveries and 228 deaths; while at the end of October, active cases had gone down to 230 with deaths standing at 243.  As at 14 November 2020, Zimbabwe had 8 786 confirmed cases and 257 deaths.