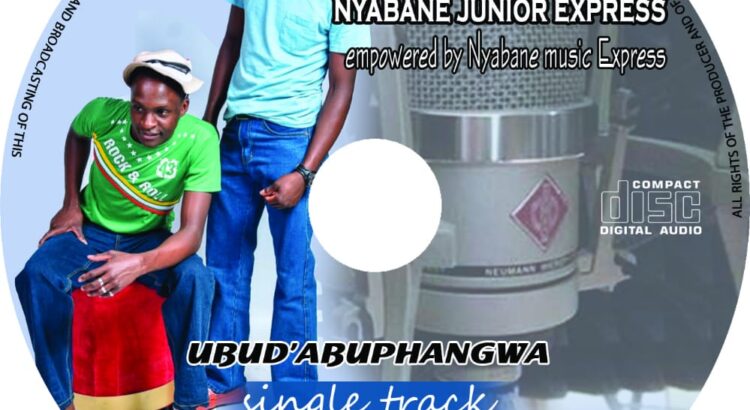 While t it is uncommon for the younger generation to follow Rumba music, Alpha and Omega Sibanda have emerged in Plumtree raising the Rumba Music flag high.

The two are twins who have decided to leave the country to look for greener pastures, and have also decided to continue with Nyabane Musik Express band where they are part of the crew.

“Most of the Nyabane Musik Express members are at home, even our vocalist Agreement is not here, so we have decided to be performing on our own as Nyabane Junior Express band, but we are still the same”, said Alpha.

Nyabane Musik Express band was founded by Agreement Dube, an agriculture teacher at Hlanganani Secondary School and also a native in Nyabane.

Asked why they have decided to take the Rumba route, Alpha said it is part of their culture and it is the music they grew up listening to.

They started their music career in 2017, joining the Nyabane Musik Express Crew.

The due admitted that the Rumba Musik is part of their life.

“I admit that this is in us and part of us, it is something that we are not forcing but that is in us”, said the vocalist, Omega.

Asked why he had decided to work with his twin brother, Omega said they are both passionate about the career, and it’s also easy to work with someone whom you understand better, and they also spend the time together.

The Nyabane Musik Express was founded by Agreement in 2009 after being encouraged by Nyabane elders that he has a talent in music.

One thought to “Plumtree twins live their Rumba dream”