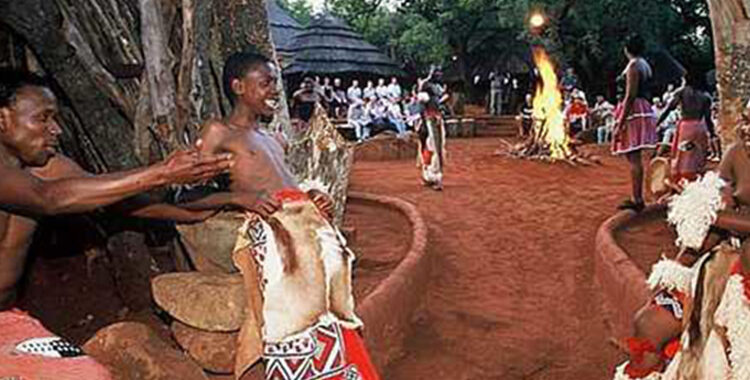 The roots of the Shangaan people can be traced back from the Tsonga people, a diverse group of people which included the Shangaan, Tonga, Thonga and other smaller ethnic groups having first entered the then Transvaal presumably during the 18th Century. During the Mfecane, King Tshaka sent Soshangane to raid the Tsonga people in present day Southern Mozambique.

It is during the expedition that Soshangane found a peaceful community in an area which was fertile, with the Shangaan as its inhabitants. The group incorporated the Swazi, Xhosa and the Zulu, and Tsonga speakers who included the Ndzawu, Chopi, Ronga and Shona tribes. Soshangane conquered and subdued these groups and decided not to return to Tshaka.

Soshangane later established the Gaza Kingdom which comprised the present Southeastern Zimbabwe and covering parts of southern Mozambique and SouthAfrica. The Shangaan-Tsonga in the Southeast part of Zimbabwe have thus managed to preserve their culture, in particular the Ngoma (Hoko), Khomba female initiation ceremony and related rituals. Their traditional dances are so fascinating.

In cognizance of cultural significance of the identity of VaTsonga people, Hebert Phikela spearheaded the founding of Gaza Trust, Centre for Cultural Development Initiatives. The organization coordinates the annual Machangana Cultural Festival usually held in Boli-Muhlanguleni area which is attended by the Tsonga and Shangaan people.

The festival is attended by the Shangaan people from as far as South Africa and Mozambique and locally by the people from chief Tshovani and Sengwe. Tourists to the Southeast lowveld have a chance to interact with local Tsonga people enjoying their traditional food and beer. Most interesting is the traditional beer made by Tsonga elderly women which can last for more than a year.

2 thoughts to “Tsonga-Shangani cultural festival and the Gaza Trust”