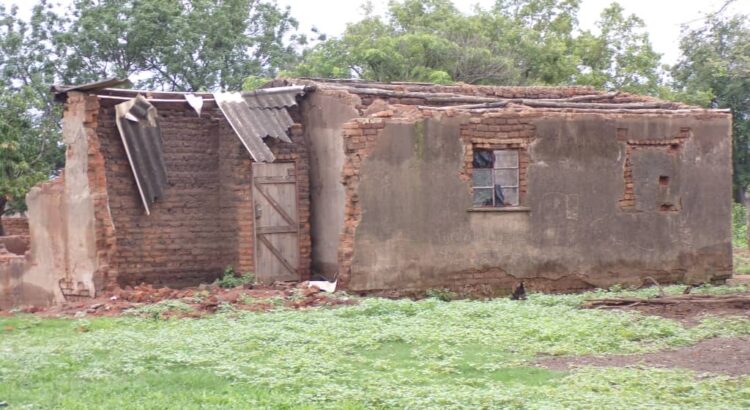 Frequent climate hazards have become a common challenge in Zimbabwe in recent years. From tropical cyclones and droughts, to destructive thunderstorms which have threatened especially the lives of rural people who are more vulnerable to climate hazards.

Recently, the Civil Protection Unit (CPU) urged people living in low lying areas in Matabeleland North Province to relocate to higher places amid fresh fears of flash floods. The warning came just a few days after the media was awash with stories of destructive storms which wreaked havoc in Chiredzi, affecting over 30 families, blowing away rooftops, uprooting trees and destroying power lines.

The occurrence of such climate disasters has been worsened by climate change. As the climate changes, extreme weather events have become more frequent mainly due to rising temperatures and changing weather patterns. Adoption of disaster preparedness, mitigation and adaptation strategies isimportant especially in the more vulnerable rural communities.

Some communal settlers in Chiredzi North who were affected by the 2020/21 rain-related disasters have not yet been able to recover. They haven’t rebuilt structures destroyed by thunderstorms, a sign that rural communities are not better positioned to cope with the impacts of climate disasters, hence the need to accelerate mitigation and adaptation  efforts.

In some areas, people still live in flood plains and on the banks of seasonal streams which are prone to flooding. This has increased their susceptibility to the risk of flooding. Deforestation and human-caused veld fires have led to the destruction  of large areas of vegetation cover, yet vegetationis important in flood prevention and protection of houses against strong winds.

Rural people are therefore challenged to reduce or avoid complacency when it comes to disaster mitigation and adaptation. Simple drainage basin management systems such as revegetation and avoiding deforestation (if diligently implemented) can help reduce the impact of climate hazards such as strong winds and floods.

Revegetation has a double benefit. Vegetation cover intercepts large raindrops reducing the occurrence of flash floods. At the same time, trees act as carbon sinks, and with less carbon released into the atmosphere, climate change is minimized. This is why it is necessary to encourage rural people to assist in the recovery of affected forests.