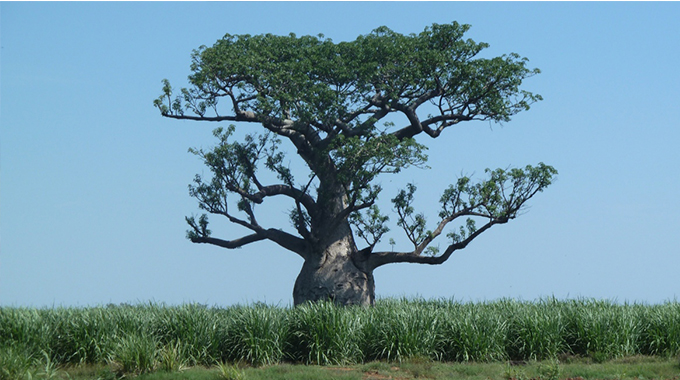 The national tree planting day is commemorated every year on the first Saturday of December. This day was launched by then president Robert Mugabe in 1980 and has become an important part of Zimbabwe’s calendar.  It marks the beginning of the tree planting season which starts from the onset of the rainy season and end in April.

It is one of the most important days of the Environmental Management Agency (EMA) and the Forest Commission’s flagship campaign. It aims at motivating the nation to plant trees, conserve and enhance biodiversity.

Every year, the Forestry Commission declares a specific tree as the Tree of The Year which is actually an indigenous tree with potential significance to the socio-economic well-being of the country.

The beginning of the tree planting season coincides with the end-of-year festive season when urban folks take a pilgrimage to the countryside with their families for a sabbatical from the busy days of urban lives.

Children born in the urban setup get to familiarise themselves with life in the rural areas, and they learn more about indigenous practices. Interestingly, it is the season they get to know about trees and wild fruits which are currently on the brink of extinction, most of which have already disappeared due to deforestation and climate change.

This year, the Forest Commission declared the African Baobab (adansonia digitata) the Tree of The Year, reminding me of the baobab silhouettes of the South East lowveld of Zimbabwe.

Across the plains of Crown Range (Gwachara), in the sugarcane plantations of Triangle,  Hippo Valley and Mkwasine, on granitic domes, in the Save Valley Conservancy; the baobabs have grown to be marking features of the great savannas of the lowveld.

Unfortunately, most of these indigenous species are becoming extinct largely due to human activities and on coming generations will just read in books about these species.

Conscious of the significance of trees on this National Tree Planting Day, I have decided to mentally peregrinate back to the lowveld and identify some of the most common indigenous trees and their significance.

Starting with the Tree of The Year, a baobab is one of the most common trees in the South East lowveld, and the oldest baobab in the country is believed to be one in the Makore range.

To local communities, the baobab is an important species. Muuyu/Umkhomo (adansonia digitata)’s name is a derivative of digitata, meaning having digitate leaves.

The tree is more like a giant succulent, fibrous and non-woody whose seeds are surrounded by edible white pulp which is rich in Vitamin C. The tree is important to people as it provides fruits, traditional medicine and fibre.

The leaves make relish, barks provide fibre for food baskets and sun hats and the fruits can be used to make porridge and alcohol while the shells are used to make a sodium compound for cooking. Some are adding value through processing the fruits (mauyu) into baobab fruit powder which is sold in supermarkets.

The extensive mopane/iphane (colophospermum mopane) forests form thickets which provide a good habitat for wildlife particularly in the Save Valley. Patches of the mopane woodlands are found in the Nyangambe Wildlife Conservation area, Devuli range and stretch through to Humani – where Humani-Turgwe River Lodge is found – to areas as far as Chiredzi River Conservancy. The small to medium-sized deciduous tree is distinct by its small butterfly shaped leaves and a thick, rough bark which can be used to make twine for tanning.

Mopane is a valuable tree to communities. The strong and hard wood of the mopane tree is used for posts and poles in the construction of houses and in fencing. The mopane leaves are also used for medicinal purposes and they feed mopane worms which are harvested and eaten by people. The mopane worms are rich in proteins.

They are a source of income as people can harvest, sun dry and sell. The wood also produces charcoal and is a good source of lasting fire in the rural areas. Unfortunately, in the lowveld, there has been a gradual disappearance of mopane worms as the vegetation has been subjected to disturbances.

Along valleys and on granitic domes, the mubvumira/umvumile (kirkia acuminata) often positions itself. The deciduous whose name is a derivation of acuminata – acuminate, with a long point – is often the first to have new leaf sprouts after it has shed its leaves in winter.

The tree produces a dense vegetation cover, which can give a suitable habitat for a range of animal species. Along Chiredzi and Mkwasine rivers, the Mbvumira tree is very common and it forms part of the thickets in the Save Valley. The tree is used to treat abdominal pains, toothache, wounds, constipation and diarrhoea.

The tree also provides good shed in the dry, sunny days of the hot Lowveld savannas. It can be used for wood work, charcoal and as hedge.

Decorating the forest on well drained soils and forming a good thicket for monkey habitats is the bloodwood/mubvamaropa/umvagazi (pterocarpus angolensis). It is found in most plains of the lowveld.

The mubvamaropa tree is used to make musical ceremonial traditional instruments such as marimba, mbira and chipendani. The tree if often preferred for its hardwood which can make durable and lasting instruments. Mubvamaropa leaves are also used for medicinal purposes.

The leaves for instance are used to prepare medication to treat fontanel (nhova). The bark is also heated in water and  mixed with figs and massaged on the breast to stimulate lactation. The tree also provides fencing poles and firewood. Commonly known as mukwa, the heartwood makes high-quality furniture and is good source of pollen for honeybees, making it popular with those involved in apiculture.

In the riverine fringes of the seasonal Nyangambe river, a tributary of Mkwasine river in Nyangambe Wildlife Conservation area, lands the mubveve/umvebe/sausage tree (kigelia pinnata).

The tree is used for medicinal purposes by the Karanga people and also provides timber. The ripe fruit is used in the fermentation of traditional beer; however, the fruit is not palatable for humans to eat.

Other common trees include mukwakwa/blank monkey-orange/umteme (strychnos madagascarinsis). The tree produces hard shelled fruits with fleshy seeds that are consumable.

The seeds are also processed through smoking to make hwakwa. Hwakwa saved people from hunger during droughts and today, people rarely make hwakwa as trees which provided the fruits have been destroyed in most areas.

Similar to mukwakwa is mutamba/spiny monkey orange/umngogo tree (strychnos spinosa) which is also common in riverine areas. Mutamba fruits are also palatable for humans to eat, though the tree doesn’t provide good timber.

The famous marula tree (scelerocarya birrea) is also found in the extensive plains of the Lowveld, commonly known for its aromatic and juice fruit (mapfura) which is rich in vitamin C and used to make a traditional brew (mukumbi) that sends many to unusual highs.

Villagers in the communal areas make the brew which they sell to local people and pocket some dollars. To prepare the mukumbi brew, they collect ripe fruits, remove the peals, pound and add water. The brew is allowed to ferment and the fleshy materials that surround the seeds are skimmed leaving the liquid.

The seeds are also of significance as they are also crushed to collect shomho used to make butter or even cooking oil. The mukumbi brew is also a unifying factor as the community makes the brew for a ceremony (fadza raini) held every season of the marula fruits at the village head’s homestead.

The seeds are also of significance as they are also crushed to collect shomho used to make butter or even cooking oil. The mukumbi brew is also a unifying factor as the community makes the brew for a ceremony (fadza raini) held every season of the marula fruits at the village head’s homestead.

With gradual disappearance of these species mainly due to human activities, future generations will shoulder the burden of a disturbed, imbalanced environment which is not productive for their sustenance. It is important to conscientise the public on the need for environmental conservation.