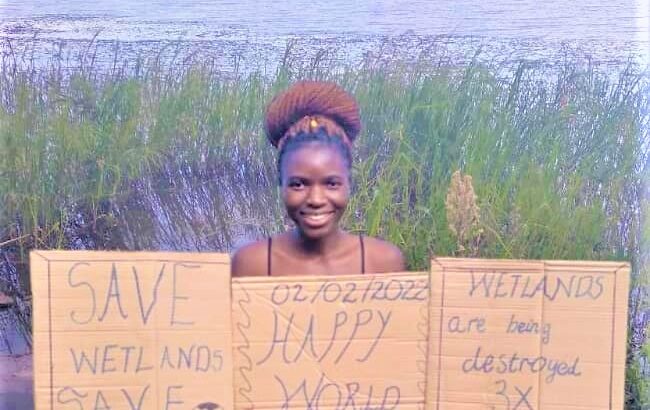 An environment devoid of wetlands is devoid of life. Imagine a forest without a pan for animals, aquatic organisms succumbing to the effects of the presence of a water hyacinth in Lake Chivero; and a water source for humans that is heavily polluted, that can be perilous. Both humanity and biodiversity survive on water, and wetlands are the natural repositories of water.

The World Wetlands Day is celebrated on the 2nd  of February every year, marking the date of the adoption of the Convention on Wetlands on the 2nd of February 1971 at the Iranian city of Ramsar, with the aim to raise global awareness about the vital role of wetlands for people and the planet. For the climate, wetlands have a critical role to play. As an important sink for greenhouse gases, wetlands are capable of modulating atmospheric concentration of greenhouse gases.

The Environmental Management Agency defines a wetland (Doro/Bani/Amaxhaphozi) as an area where water covers the soil, or is present either at or near the surface are of the soil all year or for varying periods of time during the year, including during the growing season.  2022 is the first year the World Wetlands Day is observed as a United Nations (UN) international day following its adoption by the UN General Assembly in August last year.

To promote worldwide protection and halt the disturbance of wetlands through international cooperation, Zimbabwe signed the Ramsar Convention, and also domesticated its provisions under the Environmental Management Act (Cap 20;27). In Zimbabwe, wetlands such as Victoria Falls, Driefontein Grasslands, Middle Zambezi/Mana Pools, Lake Chivero, Monavale Vlei, Chinhoyi Caves and Cleverland Dam are protected under the Ramsar Convention.

However, the increasing competition for space, especially in urban areas has become a threat to the sustainable management of wetlands in Zimbabwe. It takes an understanding that wetlands are invaluable as they provide stable habitats for thousands of species of aquatic and terrestrial plants and animals. They are guarantors of the environment’s natural pulchritude; they reduce flooding and support recreational activities. Research has shown that wetlands make up between 40 and 45 percent of the value of all global ecosystems, contributing around USD 47 trillion per year in ecosystem services.

Protecting wetlands is even crucial in the fight against climate change, and ensuring adaptation to its effects. A pristine, densely vegetated wetland has the potential to regulate processes such as decomposition which can generate greenhouse gasses; its vegetation is also a critical carbon sink. Wetlands help control veld fires, thus saving vegetation and reducing the emission of greenhouse gases in the process.

Wetlands can save both humans and animals from the devastating effects of climate change induced weather hazards. In the event of extreme temperatures as being experienced in recent years, wetlands can provide cool microclimates which can benefit both humans and animals. They can provide a source of water for irrigation, thus helping in building resilience to droughts, which have become frequent as a result of the changing climate.

Other extreme weather events such as tropical cyclones can result in flooding. The effects of flooding on human beings can be reduced by the presence of undisturbed wetlands. In building resilience, the economic exploitation of wetlands can enhance diversification of means of livelihoods for people affected by challenges such as drought and tropical cyclones. Let us protect wetlands to continue enjoying their benefits.