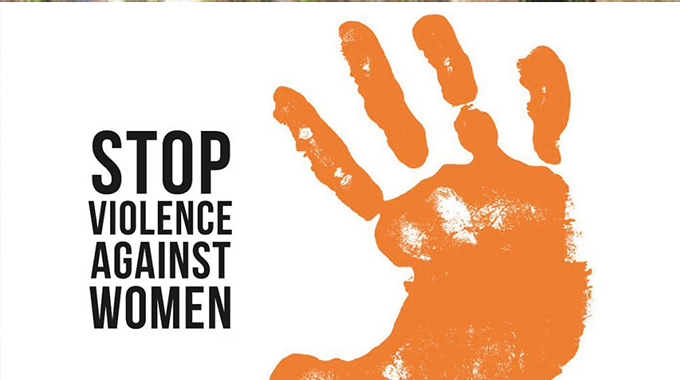 GBV encompasses, but is not limited to, brutality, savagery and roughness directed against a person because of that person’s gender. It can also be violence that is directed to people of a specific gender unduly.

Owing to its huge effects on societies, the international community has set aside 16 days of activism in a quest to challenge gender-related violence. Our beautiful women and girls out there need and deserve some tender, love and care; and we should stand up against any cruel act that undermines their safety, comfort and well-being.

The 16 days of activism against GBV run every year from the 25th of November to the 10th of December, with the last day coinciding with the Human Rights Day which seeks to educate people about their rights.

Looking at it from the angle of GBV, women and girls are the most vulnerable in our societies; yet some of the basic human rights which they are entitled to are protection, social safety and well-being.

We are looking to rid the ignorance engulfing our societies towards the awarding of these basic human rights, especially for our women and girls. Further, it’s also important to note that gender-based violence may also be directed against men and boys, not only women and girls.

However, the international community has taken this bold stand due to the vulnerability and fragility of the latter group. Despite these demarcations, GBV is not to be tolerated at any level whatsoever in the 21st century.

Gone are the days of wild behaviour which were influenced by harmful gender norms in which men were dictated as muscular and dominant, hence controlling. In this day and time, as much as we have fully evolved from the ancient humankind to where and what we are now, women are also believed to be possessing the same capabilities as men.

This bearing should put men in a position of questioning their dominance and physical control over women and the 16 days of activism against GBV aim to ensure that women and girls are accorded their rights to marriage and family, social security, freedom of thought and expression as professed by the United Nations Universal Declaration for Human Rights.

If it is a universal declaration, why are we still stuck in the ancient ways of living? Hunger, war and conflict are also other factors which have paved way for GBV in our societies.

This has taken the form of forced marriages and child marriages where some parents justify this as means of ensuring their daughters’ safety and financial security, at the same time reducing the family’s burden. The thought of ‘ensuring daughter’s safety’ sounds irrational when it is actually a form of GBV.

All in the name of financial security, parents indirectly fuel GBV as men who ‘marry’ young women and girls take advantage of their financial dependence on them and end up exercising control and dominance over them.

The results of such uncalculated acts are extreme and lead to the loss of women’ and girls rights, or even worse, loss of lives. Statistics by the World Bank have shown staggering numbers with 35% of women worldwide having experienced physical violence by sexual and non-sexual partners. What’s more, a grave 38% of murders of women committed by their partners have been recorded globally.

GBV is not only devastating, but also a serious concern with its impacts entailing significant social and economic costs. Rights and lives have been lost and this has not stopped.

A statistical report recorded an economic loss estimated to 3.7% of a country’s GDP – more than double what most governments spend on education.

Then what’s the point of education in this 21st century when double its cost has been lost due to wild, uncalculated, selfish and deadly actions by one human being on another? Education is supposed to shape our minds to be inquisitive and versatile.

Curbing its growth, and strategising means to stop this has seen individuals, groups and organisations being committed to addressing this concern through investment, research and collaboration with stakeholders around the world.

The popular global 16 days of activism against GBV has also received much support and recognition around the world. It seeks to address such issues globally while the Human Rights Day also commemorates, celebrates and promotes human rights, especially those of women and girls.

Support projects and knowledge or information products aimed at preventing GBV have also been created. Countries that host refugees also provide women with psycho-social support, address shelter needs and provide resources in cognisance of gender equality. Other countries distribute food to families in need. All these measures are meant to ensure the protection of women against GBV which has dire effects globally.

While appreciating the efforts being done towards this concern, it should not stop there. More could be and should be done. Information products are a good way to educate the world about GBV and its effects on both the society and the economy.

The world should be educated about GBV and it should be clearly put in bold that it is wrong, unacceptable and intolerable. Support projects and programmes that will help in addressing women’ and girls’ needs before they even arise should also be accessible.

I mean, we can’t wait for a need to arise when we know that it will, eventually. Keeping ahead of the situation will help us tackle it from all ends and contribute to its curbing.

Most of all, education by all means necessary is the tool to fighting gender-based violence and to promote human rights. The end goal is to end GBV before it ends us, to transform lives and to make the world a better and safe place for our women and girls.

The power is within each and every one of us where ignorance can be easily outnumbered by the dedication of the masses. Ending GBV will ultimately ensure the betterment of social and economic lives globally. Lest we forget, this is the 21st century and GBV does not belong here!