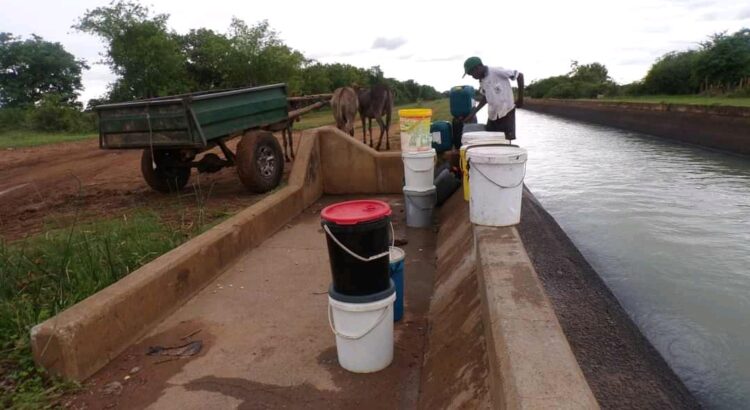 Drinking water, food, education and civil documentation have been identified as the top four priority needs among Internally Displaced People (IDPs), returnees from abroad affected by the COVID-19 pandemic and vulnerable host communities in Masvingo province, according to a livelihood baseline assessment conducted by the International Organasation for Migration (IOM).

The IOM conducted the assessment to determine the most vulnerable districts, the needs and to estimate the number of people in need in Bikita, Chivi and Chiredzi districts. With funding from the Bureau for Humanitarian Assistance (BHA), IOM is providing multisectoral assistance through Mental Health and Psychosocial Support (MHPSS) and income generating activities to promote reintegration and build resilience of IDPs, returnees and vulnerable host communities in Masvingo Province.

Access to drinking water was regarded as the most important in all districts followed by food. Shelter was considered the third most important priority need, especially in Bikita district which has been affected by climate related hazards in recent years.

In Chiredzi, health and sanitation were regarded as the first priority needs by 21 percent of the assessed wards, while food was considered the most by 21 per cent in Chivi and Bikita districts. The need for food aid has been necessitated by drought induced crop failure, and other climate related hazards such as tropical cyclones.

For livelihood activities, 82 per cent of the identified villages in each ward considered poultry as the most feasible source of livelihood, with soap making and carpentry regarded as activities that could be viable in the region. Market availability and ease of management were cited as the key reasons for the selection of poultry projects as the most viable in Chiredzi district.

“Of the identified villages in each ward, 82 per cent reported poultry as the most feasible livelihood activity in the region. Soap making and carpentry were also selected among the activities that could be viable”, the IOM revealed in the report.

There is an urgent need for improved access to clean water, especially in communal areas in Chiredzi. In areas along Mkwasine-Manjirenji canal, especially ward 20 and 23, Chiredzi North villagers rely on the canal for water, which is consumed without any form of treatment.

Drilling of boreholes in such areas can help reduce the challenges faced in trying to access clean water for consumption. The rehabilitation of the rural piped water system in areas such as Nyangambe resettlement can be the best alternative, since the pipeline and all other necessary equipment is available and lying idle.