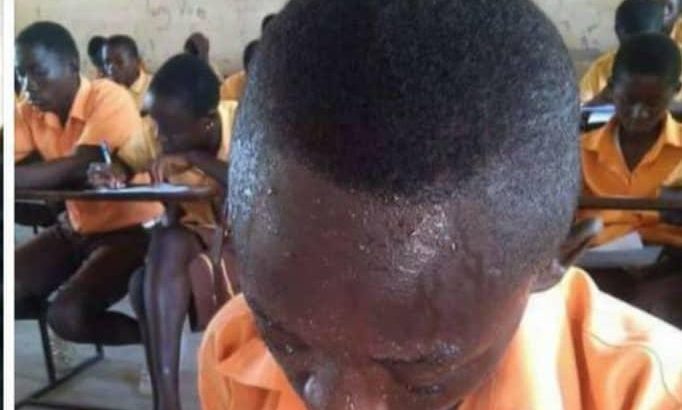 In recent years, it has become increasingly common to hear of our local students who take up more than eight, ten, twelve, fifteen subjects at Ordinary Level. Some even aim higher and go for as many as twenty and still excel in their final exams with straight As and Bs.

I have come across a few public examinations pessimists who attribute this to leaking of papers, particularly those set by the local examination body (ZIMSEC), and I have also heard a few more say not in so many words but in effect that examinations being set nowadays are simple, but as I grow older, I realise that yes there have been cases of leaking of papers here and there, there a little, but these individuals were rather ignorant of the fact that this ‘wave’ of local students nailing public examinations with flying colours (and by flying colours I mean many straight As) is also happening even in Cambridge examinations.

Personally, I hold the view that in this information age, it is possible for any above average student to take advantage of the world wide web and access learning materials either in pdf format, videos from YouTube or any other form of their choice and this is the advantage that technological advancement has brought to our intelligent and committed students, which is different from how learning was in the past.
In the yester years, schools would have one or two text books which students would have to rotate amongst themselves or in some cases none available for them to share and they would have to depend on the teachers whom they would see in the few minutes or hours permitted by their respective timetables.

School libraries would have a few (none in some subjects) standard past examination question papers left from previous years and it was difficult for all students to access them at the same time yet in this cyber age, students need only a few hundred megabytes (if not one or two gigabytes) of memory space in their smart gadgets to download and accommodate past examination papers stretching even over two decades ago and they can even access the marking schemes for the respective question papers. For those without internet, a flash drive or Shareit application and the right connection to those with the materials is enough for them to get these study materials.

All it really takes nowadays is an ambitious goal by an intelligent student and easy access to the learning resources on the internet and on soft or hard copy, not forgetting the commitment to putting in the work demanded by the ambitious goal and they can tackle more than the usual number of subjects in these largely theoretical public examinations.
But why the many subjects? Some within my circles have asked and I have always responded in my lighter moments by saying that it is partly because these students can. The chief reason though, that I think informs the decision behind the ambitious goal of taking a collection of subjects at Ordinary and in some cases Advanced Level is because of competition and the desire to break previously set records. Schools and those who offer study financial aid have also contributed to the nurturing of this ambition in students; whether knowingly or unknowingly, I do not know. All I know is that in most schools, they are now selecting candidates for different Advanced Level combinations based on how many As one has first before they look at whether the As are related to the chosen combination next. Those students who seek financial aid too, are taking more subjects so as to stand out in this widely competitive world of today.

What worries me nowadays is what happens after the attaining of many As at Ordinary Level. Maybe I am wrong but I have observed that the majority of these students are influenced by peer pressure to go into Science classes and those who fail to get into Sciences by virtue of getting less number of As take Commercial and Arts classes at Advanced Level, instead of being influenced by passion for the careers they desire. (I know of one student at a local school who back in the years passed with all As at Ordinary Level and when he chose Commercial classes at Advanced Level, the headmaster convinced him to take sciences instead and he did but now years later after attaining his engineering degree, he is studying towards getting his ACCA because that was what he really wanted before peer pressure got to him.)

Before I run out of ink in my pen and space on this page, I think I should leave you all with a few questions. Yes, availability of information has made it possible for ambitious students to do more subjects at Ordinary Level but isn’t there a way that can be found to identify the passion and strengths of a child during the early years of education so that by the time they get to Ordinary Level (just like Advanced Level) they can take the many subjects but only those which will be useful and relevant to them in their next level of education as they go in the direction of the careers they desire? I look forward to witnessing this way being found and our students studying only the relevant subjects to the careers they will be learning towards getting into.

Somewhere within this article I did state that our examinations are largely theoretical and it is not lost on me that in a bid to encourage a rather more practical approach to learning and examining, the Ministry of Primary and Secondary Education has in recent years shoved the implementation of the Continuous Assessment Learning Activities which have been acronymed as CALAs, down the throats of both students and teachers but I think that is a subject I will have to deal with on a separate article.
Until next time, ta-ta dear reader.