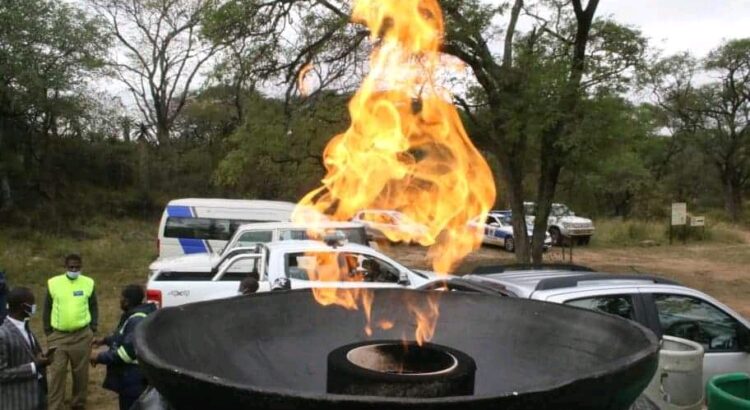 It is the 18th day of the month of April 2022, and today marks exactly 42 years after Southern Rhodesia, renamed Zimbabwe, regained her political independence from her former colonial master but we must not forget, even as we put on our dancing shoes and get down on the dance floor in celebration, to remind ourselves that this independence did not come cheap. An expensive price was paid. The Mujibhas, the Chimbwidos and the freedom fighters, all left their friends and families to join the first and second Chimurenga which lasted for several years.

Some of them are still alive but have permanent injuries on certain peripherals of their physical anatomies that they cannot show us in public. Some of them lost their lives in the most painful ways that cannot be explained now, their bodies were never recovered and accorded proper burials. Historians have tried their level best to name some of these great sons and daughters of the soil but they can only name but a few. A lot more, alive and late, remain unnamed.

To those who are still alive, we say “we love you and we appreciate the great work you did.” And to those whose lives were cut short, “I do not know if you can hear me today but we have a monumental tomb of the unknown soldier in remembrance of you unnamed gallant offspring of Zimbabwe.”

On a day like this, when I write about the price that was paid for this independence we are celebrating on this 18th day of April, it awakens old memories for the families of the fallen heroes and heroines, and perhaps the Independence Day should coincide with the Heroes’ and Defence Forces Day for there wouldn’t be any independence without the heroes, heroines and the uniformed forces.

Fellow Zimbabwean. The fight for independence, like the good Kenyan Professor P.L.O Lumumba likes to say, was and still remains a relay race. Our forefathers, led by the likes of the late outspoken Nehanda (after whom the current administration of H.E President E.D Mnangagwa has erected a statue in the midst of the capital’s CBD), Kaguvi and other great men and women, started the first Chimurenga and they passed the button on to the likes of the late Tongogara, Ziyapapa and their comrades in arms; who continued with the struggle until the regaining of “independence” in the year, 1980.

But there are two, million dollar, questions we must ask ourselves on this occasion of the celebration of 42 years of Independence. The first question we must ask ourselves is; have we achieved what our freedom fighters had in mind when they were engaged in war or we are still to achieve those things? The second question is; have we, who are alive today, taken the button from those who fought the first and second Chimurenga or we have allowed Chimurenga to die? Chimurenga must never die but we must continue the fight for our independence means nothing, if the current generation does not take it from where the gallant sons and daughters of yesterday left it.

Surely April 18 means nothing, if buildings like textile mills in Bulawayo which at one time were factories are now halls which are now conference centres being hired to churches and the public. Independence is meaningless, if we are still crossing rivers on canoes because there are no proper bridges. Again, this day remains a nonentity if in this information age, internet access is a luxury that cannot be afforded by all.

Often times, we have heard of the third Chimurenga dubbed “Hondo yeminda” but again, as we celebrate 42 years of independence, we must ask ourselves for what did we get back our farms if there is no productivity on them. We cannot even feed ourselves. Those that have land are underutilizing it or misusing it at best. Someone somewhere took over a farm with fertile soils and what do they do with it? They construct chicken runs on them yet chicken runs would have been put on infertile lands and the fertile ones used to grow maize so that we stop importing the staple crop once and for all.

We, who are alive and well on this day of celebrating 42 years of independence must continue asking ourselves the meaning of independence and we must answer the question ourselves by reminding each other that it is too early for us to say we have gained everything that our fathers and mothers fought for in the Chimurengas. The struggle, as they say, still continues and it is upon us to continue the fight.

Guns, of course, have since been silenced on our land but fellow Zimbabweans, we still have hunger, neocolonialism, corruption, poverty and other economic, political and social instabilities with guns pointed to our foreheads and we can only fight them by coming together and being productive and making use of all the resources we have at our disposal for the prosperity of our great nation. When we have conquered these, then and only then can we say we are fully independent as a nation. As we celebrate 42 years of independence, we need to remind ourselves that we still turn to the former colonial master for handouts, and that is not something we should be proud of. We can change that and we must. It is possible; for the gaining of independence is and remains a relay race. We celebrate those who ran before us and they passed the button to us. It is upon us now to continue the fight for complete independence.

Robert Mugobi is an author and poet. He writes here in his capacity