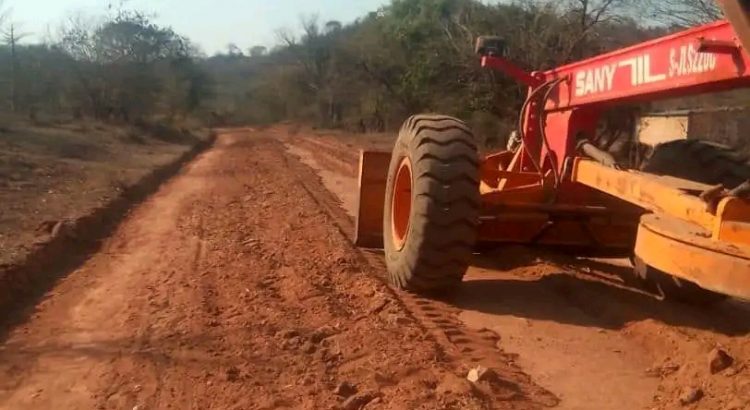 Driven by the ethos of social responsibility, and the need to contribute towards positive societal transformation, Bikita-bred Mr Chiremba and his colleagues in 2020 teamed up to form a not-for-profit and apolitical organisation named MatsaiDevelopment Trust (MDT).

The main object of the Trust is to identify social, security, housing, health, recreational, educational, transport and economic development needs of the residents of Matsai in Bikita district and to facilitate meetings, negotiate, mobilise resources and liaise with different stakeholders that can help in meeting a particular need.

Although MDT is still in its embryonic years, the organisation has managed to execute a number of projects in the community including developing and rehabilitating public infrastructure, providing food aid and enhancing food security in the face of climate-change induced perennial food shortages.

He added that the organisation has managed to secure some of the funds needed, and he was also thankful for the role played by members of the community who have been providing labour and other locally available materials.

“At the moment, there are roads that we are doing. Initially, we wanted to grade three roads: Chiremwaremwa-Gava,Chiremwaremwa-Tafara and Chiremwaremwa-Zindove. However, when we got our resources together for fuel hoping to get a grader machine from council (Bikita RDC), we were told that the grader was not in working order and was being fixed and council also had other projects to complete with the same grader machine.

We therefore had to change the plan and start working on bridges. Along the same three roads, we have identified threebridges that need fixing and we have managed to raise some of the funds needed in the implementation of the projects.”

The chairman said that the prioritisation of road networks is hinged on the fact that transport is critical in the execution of all developmental projects, and that it is needed in strengthening market linkages for agricultural products.

“If we make sure that our roads are good, we can do as many projects since transport network is essential in the movement of goods and people, supporting community developmental projects such as agriculture.”

The trust is also working to rehabilitate boreholes and dip tanks and has since provided food to vulnerable people in Ward 1.

Matsai communities rely largely on climate sensitive natural resources, hence they are vulnerable to extreme weather events such as tropical cyclones and drought. Major livelihood activities include crop production and livestock rearing, but these activities have also been affected by frequent droughts. This adds to other existing challenges such as limited access to primary healthcare, poor road network and learning inequalities.

The chairman is appealing for assistance from other stakeholders including the government, local leadership and the private sector. He has appealed for the government to provide medical supplies for local clinics, and if possible, an ambulance that can serve the three clinics in Odzi, Mukanga and Gawa.