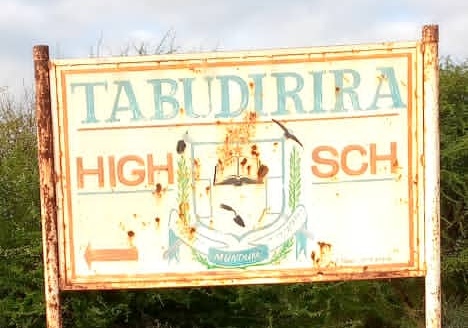 ‘Thirty nine’  years of existence and toil, followed by an  augment of the  2020  ‘A’ level pass rate has made  Tabudirira high school in Bikita district to exult  boarding school approval, which was recommended on April 7, 2022 by the Educational  Head Office.

The school, which has been under the leadership of Mr Mukwena since 1994 has had students walk about six to nine kilometers to-and-fro school daily, which is also one of the reasons why officials from the Ministry of Education recommended boarding facilities. Education officers were also impressed by the developments which the school attained since Mr Mukwena took over.

With the go ahead from the Provincial Office, the Education Officer recently pegged the ground as they wait for the official letter.

Despite the global pandemic in 2020, students especially at A level scored high grades ranging between nine and fifteen points. There is also a noticeable pass rate between seventy three to one hundred percent over the past five years.

Currently the highest student stands at twenty points in the natural sciences.

‘Matsai is not at the despised end and we need to be resilient and show that we exist. We are hoping to develop ourselves so we can change our destiny despite the hurdles in our way,’ said Mr Mukwena.

The school looks forward to enrolling more students than the current eight hundred and thirty seven pupils. Currently there are eight classroom blocks and there is a need for another block of two classrooms.