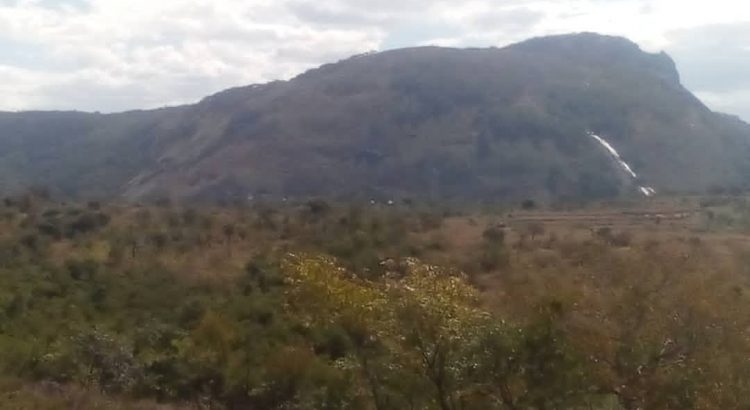 Rock paintings have been instrumental in understanding the rich history of Zimbabwe’s pre-literate societies. Such paintings which still exist at different heritage sites found across the country also help one to connect with Zimbabwe’s historical past.

The ‘four-roomed’ Dengeni Cave in the Dengeni mountain in Ndanga, Zaka district of Masvingo province is the place to be for those interested in heritage and cultural tourism. Visiting Dengeni Cave helps guests understand the intricate facets of Zimbabwe’s culture and history.

As told in the publication Our Rhodesian Heritage, the cave is of great interest from an artistic and archaeological point of view. There is a remarkably fine frieze of female kudu painted in red and outlined in white. Above these is a mass of human figures, executed mainly in a mostly unusual style, the bodies being often done in white while the hair and other details are in red.

The Dengeni Cave is tucked away on the summit of the tall Dengeni mountain, overlooking a picturesque riparian landscape along Muchavhutwi river. The cave which has been formed by negative spheroidal weathering is surrounded by thick bush which makes it difficult to it locate from a distance.

It is a four-roomed-like structure which is usually dark inside. Guests have to use a torch to see their way around. To get into the cave, they have to use a ladder through an open entrance which is under a capped rock that resembles a veranda. They have to be careful since there might dangerous snakes inside.

While there are different routes used to get to the summit where the cave is located, the most stunning climbing point is via a steep bare rock known by the moniker Gwiranenzara. The rock earned its name from the fact that people have to crawl up since they cannot walk upright due to the steepness of the slope, and they have to ‘grip with their nails’, hence the name Gwiranenzara.

The peak of the Dengeni mountain also provides a wide view of the woody area dominated by zebrawood (msasa) trees and mahobohobo (muzhanje) trees, which also surround the caves. Guests who visit Dengeni during the summer season will also enjoy the indigenous sugar plum fruits (mazhanje) and in winter, they can enjoy an indigenous delicacy, the edible stink bugs (harurwa).

The caves are surrounded by typical African villages of the local Karanga people who are native to the Masvingo province. Guests can an interact with local people to learn and understand their way of life, the changes that have taken place over time, myths, and taboos associated with mountains and forests.

The Dengeni Cave is accessible by road. Along the Masvingo-Roy-Jerara highway, guests have to take a dirt road at Chimedza turnoff, and past Jichidza Business Centre to get to Gunguvu Primary School. From Gunguvu primary school, they have to proceed through the villages. There are no proper roads therefore visitors always have to ask for directions from local people.