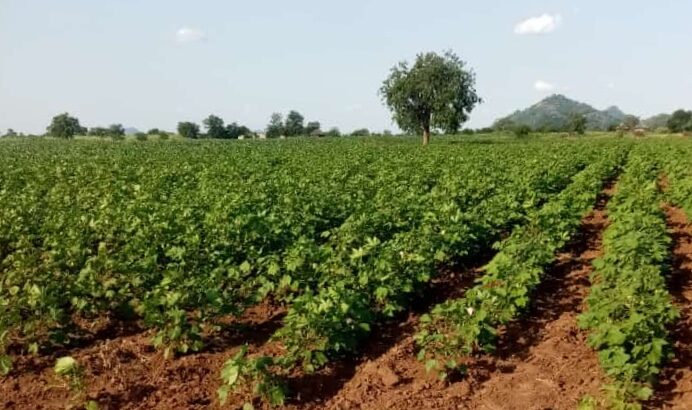 The selling season which would reach its peak at the turn of the winter season was a time of joy. It was the only time we could go to town for shopping; new school uniforms, ordinary clothes, food and new farm implements inter alia. Cotton production was an attractive, lucrative venture that some even left their jobs to become fulltime farmers.

The white gold used to be a source of wealth and a better living especially for rural smallholder farmers whose sole source of livelihood is farming. The crop was grown seasonally in rotation with maize or small grains which form part of the diet.

In recent years, the reliance on cotton farming as a means of livelihood has grown to be deceptive. Climate change which has affected farming seasons, and resulted in frequent climate hazards such as cyclones and droughts has made it difficult for famers to benefit from their farming efforts.

In addition to the climate related challenges, the market has not been as lucrative as it used to be in recent years. The Cotton Company of Zimbabwe, the sole legal buyer of the white gold has been failing to pay farmers on time. Recently COTTCO managing director Pius Manamike confirmed to the ZBC news that they still owe farmers ZW $1.5 billion for the 2020/21 farming season.

Reports from farmers indicate that farmers were also being paid in kind, including groceries and farm implements. The amount yet to be paid for the balance has also been affected by inflation, making it further unattractive for farmers to continue growing cotton. Given the labour and the current local market value of the product, and late payment by the buyer, there is not much incentive for farmers to continue growing cotton.

It is therefore prudent for farmers to add to the traditional bank other cash crops and take advantage of multiple revenue streams. Soya beans for instance can be a better alternative or being grown alongside cotton. Soya beans require less labourand less input upfront, although the profit margin may not be too large compared to cotton.

Sunflower is also a possible alternative for farmers. The government of Zimbabwe has  considered encouraging farmers to grow sunflowers alongside cotton, and has prioritised the provision of inputs for sunflower production. The crop is considered one of the cheapest or cost effectivecrop to grow, and can be grown in any of the five natural farming regions of Zimbabwe. For communal farmers, growing cotton alongside sunflowers can be a viable option than relying on only one source of income.

While sunflowers can be sold through established government systems, there are possibilities of local, private lucrative models involving value addition of the product. The production of cooking oil, and poultry feeds from the remains can be done, making the system more profitable for farmers. There are already existing organisations and individuals processing sunflowers, and these can provide a ready market for farmers.

Farming should be a lucrative business in communal areas, and it should ensure a sustainable local economy. There is need for farmers to diversify their sources of income by adopting other farming systems which can help guarantee returns from their farming efforts.