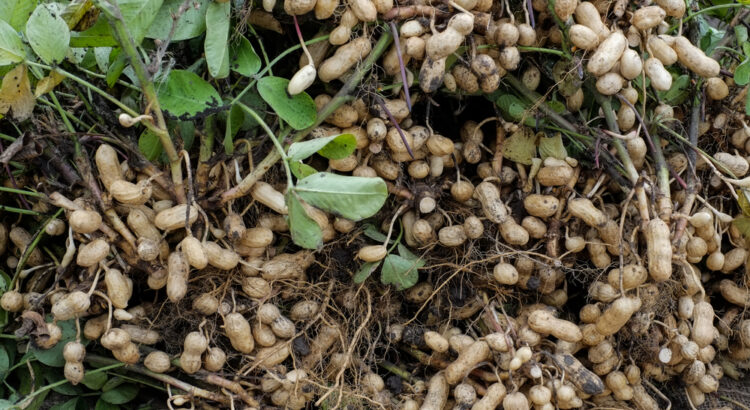 In some rural areas of Zimbabwe, maize is the most common crop grown by communal farmers since the grain constitutes a dominant portion of a standard diet in the country. Small grains are also produced mainly in the semi-arid regions of the country because of the prevailing climate.

Though groundnuts are grown, there is often less prioritization of the crop when determining where and what to plant. However, growing groundnuts on a fairly large scale can help rural people generate the much-needed income by selling the product directly or by adding value and sell peanut butter. Groundnuts can also be processed into cooking oil, hence the demand for the crop is high.

In most communal areas, land holding is generally small, about 5 to 6 hectares, and cereals take much of the land. Instead of growing maize on the same piece of land season after season, the crop rotation cycle can include groundnuts as these enhance the nitrogen content of the soil and reduce the reliance on artificial fertilizers. Groundnut is also a good crop for intercropping – a common practice in some communal areas – as it helps in fixing nitrogen.

Groundnut grows best in sandy loam soils, with less than 15% clay and a pH between 5.3 and 7.3. Land preparation involves removing weeds and thoroughly ploughing to loosen the soil. Weeds and crop residues should be removed to help control pests and diseases. Generally, planting should be done before the end of November to ensure good yield

In communal areas, it is very rare for farmers to buy certified seeds. They use previous season harvests as seeds. However, farmers should use tested seeds. To protect the seed from fungi, it should be coated with a compound such as tetramethylenedisulphotetramine. It is also important to choose a variety that is best suited to the agroecological zone where it is going to be planted.

While the use of herbicides is not as widespread in communal areas, it is advisable to use chemical methods. Weed management is very important as weeds can compete with crops for nutrients, space and water, and can make pest control difficult. Farmers can use preemergence herbicides that have been approved for use on groundnuts or post emergence chemicals.

Weed removal should be done at least twice, before flowering and after flowering. Flowering normally starts around 45 days and it’s important to apply gypsum at this stage which contains essential elements for ground nuts. Care should be taken when removing weeds particularly when using a hoe. It is highly recommended to hand pull the weeds than hoeing since the hoe can disturb the pods.

The field should be scouted regularly to identify pests and diseases so as to take corrective measures. Common pests include groundnut hopper, aphids and termites, and diseases include grey mould, leaf spot and groundnut rosette. To avoid harvesting too early or too late, the farmer should check the crop for maturity.