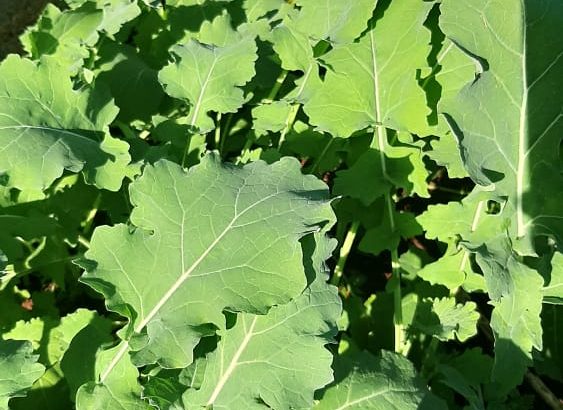 Crop diversification has often been regarded as an effective strategy for decreasing the negative effects of intensive agriculture on soil quality, water pollution and eutrophication.  It has also been considered as one of the most ecologically feasible, cost effective and rational ways of reducing uncertainties in agriculture.

These are some of the benefits – including a sustainable local market – which drove Mr Denis Mavata from Farm 50, Hippo Valley to deviate from the norm by adding an assortment of horticultural crops to sugarcane production, a traditional cash crop grown at the farm.

The farmer who recently decided to experiment with cabbages, onions, carrots and tomatoes realized that even the local market for horticultural products is sustainable and is contemplating regularizing and expanding operations to supply both the local and export markets. Currently, the farmer has onions on a 1000m2 piece of land.

The farmer has been selling the produce in Chiredzi town, supplying fast foods outlets and is also considering business synergies with large scale retailers and hotels.

Speaking to him yesterday, Mr Dennis Mavata he said up until now they have had two seasons  and were looking forward to increase their scale during the third season

“So far we have had two seasons that is the last season and this current one.

We had 1 hector for cabbage,2000 square meters for tomatoes, carrots and king onions on the last season and we intend to introduce butternuts and cucumbers this season.

He also went on to say that their products were received in a good way hence the need to increase the scale.

“We are looking forward to open another area so as to increase our productivity, last season our products were on demand especially cabbages.

They have been selling their products in Chiredzi only.

Speaking on the phone yesterday,Mr Mayata said they have been supplying their products to registered fast foods outlets and are working hard to build their brand so that they will be able to supply in big supermarkets as well as hotels and even other cities like Masvingo.

Asked what inspired him to do horticulture at a place where only sugarcane has been Known to be the main crop Mr Dennis said ,

‘I grew up at our family’s farm where we grew sugarcane.However I went to college where I had my diploma in Agribusiness and when I came back home, I realized that it was time for a change as everyone was doing sugarcane.

He went on to say, “It was at that point that i came to understand that Chiredzi had a shortfall and demand for supply of some other agricultural products.

And that’s how I started horticultural business at the farm with a small scale.”he said.

Recently there has been a rise in the cost of inputs like fertilizers but Mr Dennis said they were managing the situation through the use of organic products.

“We have a motto that we uses at the farm which says that less input, More output.

We believe in using organic products like manure and we also make compost hence fertilizers is needed once on a while,”.

Mr Dennis Mavata went on to say that,” given the opportunity and the required papers,we will be able to do export market as we have the land to grow as many crops as possible as well as the water.