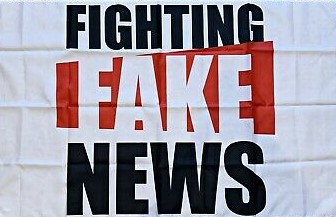 In a public lecture organized by Great Zimbabwe University media and English department, Chinaka took the students through various stages of fact checking and the process of investigative journalism to equip students with documentary making skills and also enabling transparency and truthfulness in content generation.

Speaking at the event, Chinaka says as a journalists students should be aware of technological internet platforms which has opened the room for untrained citizens to hijack journalist’s role by disseminating information to the public which they should fight against.

“Although there’s a general feeling that fact checking is vain in this technological world where everyone is a journalist,I still believe there is room for us to fight against fake news.” He said.

Chinaka advocated for an end to citizen journalists saying it’s unethical to to recognize mere citizens who take interest in spreading false information as a journalist because they did not receive professional trainings to guide them in information gathering.

“Show me a citizen doctor,only then will I recognize a citizen journalists, if they are interested in news reporting let then receive professional skills first,”Chinaka said.

In stating the main agenda of the event, veteran retired journalist appealed to media students to actively participate in the battle against fake news, not only in defense of their profession but also for the good of the nation as a whole.

“May I persuade you through your lectures to form fact checking clubs and further this battle we have started,” he said.

Commenting in the picture lecture, Dr Last Alfandika a media lecture at the University said since Chinaka had started the battle,they will further it.

“I think this is just the beginning in our fight against fake news”.

The viral spread of false and emotional news is rampant in the country which at it’s costs has caused a lot of public panic and despondency motioning news sources organisations such as Routers into action against fake news which Chinaka advocated for to GZU media students.