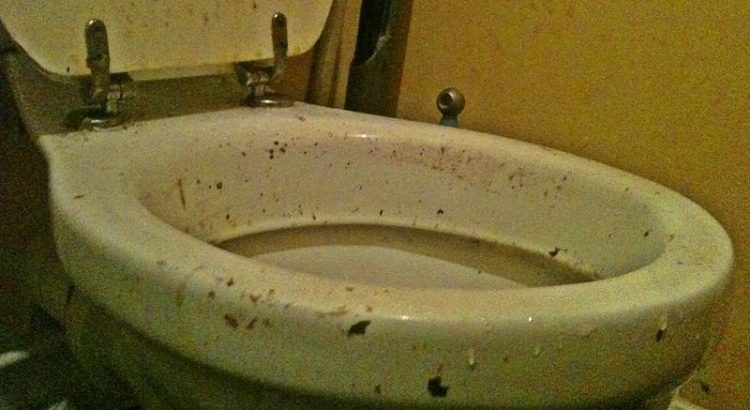 Vendors at Chitima Market are living in fear of Cholera and other diseases due to the filthy toilets that often get blocked without remedial action being taken.

Traders at the market claim Masvingo City Council has not cleaned the toilets at Chitima Market for several weeks and blockages have not been attended to.

People who are being affected the most are those who sell fruits and vegetables as well as those who prepare meals.

Sarah Nguni who has been doing business at tharket for the past four years said customers were shunning away from the place due to extremely bad odours.

“Most affected is the food section, People are thinking twice before coming here to buy meals, fruits and vegetables.This is a very bad situation for us and we feel the council has neglected it’s responsibilities”.

The informal traders also fear for their healthy and the safety of their minor children who do not know how to practice absolute caution in a dirty environment.

A customer who used to buy lunch at the market said she had since stopped due to the increase of flies and uncleanness.

Other traders said they were contemplating taking their demands to council in a forceful manner most probably through a demonstration against the environmental health services department.

Acting director in the department,Ngonidzashe Mapamula however disputed that the toilets were not being cleaned saying there were employees dedicated for that job alone.

“The toilets are being cleaned every day ,We have permanent cleaners who stays at Chitima.There was just a blockage which was attended to yesterday,” he said.

Housing and Community service director, Livison Nzvura said council was doing it’s best to keep the market clean despite that many of the traders were not paying anything to council.

“Council is not getting much from that market because people are not paying,yet we are still doing our best to keep the place clean.We encourage people to quickly notify us if they face such kind of challenges in the future,” he said.

Meanwhile council has warned residents of Runyararo West and Victoria Range that they will have to keep on enduring the buzzing flies invading their homes as there are no signs that an alternative piece of land on which to relocate the dumpsite will be found anytime soon.