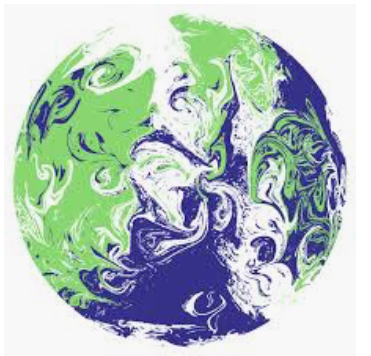 The extreme temperatures we have been experiencing this past week are a sign that the earth can be uninhabitable if the main contributors to climate change are not addressed. The Southeast lowveld (Chiredzi) experienced over 40℃ on Saturday, and projections by www.accuweather.com indicate that on the 9th of November, the temperatures may reach 43℃.

July 2021 was regarded as the earth’s hottest month ever recorded, with a record temperature of 54.4℃ on the 9th of July 2021 in California, according to the National Oceanic and Atmospheric Administration (NOAA). The World Meteorological Organisation (WTO) also states that 2020 was one of the warmest years on record, and 2016, 2019 and 2020 are the top three of the six hottest years. This is evidence that climate change is accelerating and there is an urgent need to address the main causes of climate change.

One hundred and twenty world leaders gathered in Glasgow, Scotland for the 26th United Nations Climate Change Conference of the Parties (COP26). Other stakeholders present at the COP26 include civil society, international organisations, businesses and youth. Leaders came together in solidarity, and made clear their expectation for COP26 to accelerate action against climate change, and also pledged to limit global temperature rises to below 2℃. This gives hope that if world leaders and businesses live to their promises, the current unsustainable rate of climate change can be reduced, benefiting especially poor countries which are more vulnerable to climate change despite contributing a tiny fraction to the major causes of climate change.

The impact of climate change especially in Africa is not negligible, it worsens poverty which is already wreaking havoc in most Sub-Saharan African countries. This is mainly because climate change affects Africa’s friable economies which are still largely agro-based, and thus relying on climate sensitive means of production. According to the UNDP, estimates indicate that by 2030, more than 100 million people could fall back into extreme poverty due to climate change, while over 200 million people could be displaced by climate hazards, being worsened by climate change.

Most developing countries, including Zimbabwe have limited capacity to cope with the impacts of climate hazards. Disaster response, mitigation and adaptation strategies are affected primarily by lack of resources, which worsen poor countries’ vulnerability to climate change. Cyclone Idai for instance led to massive destruction of infrastructure, and loss of property which undoubtedly worsened poverty among Zimbabweans particularly in Chimanimani which was the most affected area.

Drought is one of the major challenges affecting poor countries, yet the phenomenon has been worsened by climate change. Farming seasons have become short and rainfall has frequently been insufficient to sustain plant and animal lives. This has resulted in loss of thousands of livestock in Zimbabwe. During the 2019-2020 farming season, farmers in the country lost a combined estimate of 30 000 cows, with Matabeleland being the most affected.

Recurrent droughts, diminishing pastures and water supplies even affected the market value of livestock especially among communal farmers who do not afford supplementary feeds. In 2019, desperate farmers ended up selling their cattle for as low as ZWL 2000. This worsens poverty since livestock is the communal farmer’s ‘bank’, and a primary source of livelihood.

Some communal farmers who rely on natural rain often lose their source of income during drought. The most common cash crops, tobacco and cotton have often been affected by drought, depriving farmers of their only means of survival. Farmers have also lost their crops due to other extreme climatic conditions such as tropical cyclones, which have become frequent in recent years, mainly due to climate change.

The intricate relationship between poverty and climate change can not be placed in the rural context only. Climate change has a long chain effect which is also felt among the urban population in the country. Food shortages caused by drought and crop failure induced by excessive rainfall, increase poverty.

Coupled with inflation which has eroded salaries, climate change has increased poverty in Zimbabwe. Extreme temperatures, floods and drought which have worsened in recent years affect all agricultural practices. Zimbabwe, which used to be Africa’s bread basket has become the chief importer of food, as a result of the failure to ensure food security. The country has been importing maize meal from South Africa, with the country losing the already scarce foreign currency that can be used in other sectors of the economy and spur employment creation and eventually alleviate poverty.

The impact of climate change on the agriculture sector also affects industries which rely on farm products as raw materials. Zimbabwe was hard-hit by acute shortage of wheat between 2019 and 2020, although only 20 per cent of local wheat is mixed with imported wheat to produce bread. This largely affected the food industry, particularly bread manufacturers who started rationing bread. This worsened salary challenges for many employees, plunging them into extreme poverty.

There is a need for leaders to back their pledges and promises at COP26 with policies, legislation and action plans, if we are to achieve the 2030 target. The pledges alone are not enough without sustainable plans. All countries should ensure they live up to their promises and pledges to reduce the negative impacts of climate change. Alleviating climate change is critical in addressing poverty, which is affecting most Sub-Saharan African countries.