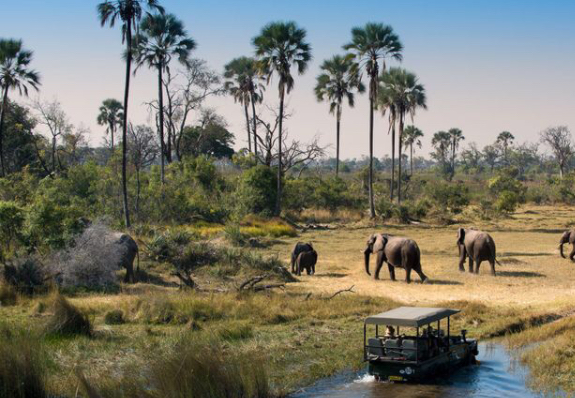 An ecological tourist is never afraid of the wilderness. He anticipates perilous encounters with wildlife, stays alert and vigilant. He is never hesitant to follow the animal track, even that of an elephant which has trampled many.

The refreshing bush walks are inarguably tempting. Imagine that sensual awakening experience, and the close-range encounter with nature’s design. The pristine, pulchritudinous thickets typical of African grasslands, the monkeys chanting, and the birds singing. Nature is just beautiful that no one can resist the temptation to wander and watch in awe.

Ecological tourism especially in wildlife parks can be risky, yet interesting. Dangerous incidents involving wildlife and tourists have been reported in different wildlife parks in the country. One of the latest incidents that happened in the Gonarezhou National Park involved an elephant which damaged a tourist’s vehicle. The tourist was heading to the Chilojo Cliffs East viewpoint when he met an elephant herd, and one of the elephants charged at the vehicle.

According to an update released by the Gonarezhou National Park on Wednesday, the tourist reversed the vehicle in an attempt to evade the charge, hitting a tree. Fortunately, no injuries were reported.

In another incident seen in a video which made rounds on social media, a man (a field ranger) was attacked by a leopard. Reports also confirm that this incident occurred in the Gonarezhou National Park.

Earlier this month, a South African tourist was killed by an elephant at the Mana Pools National Park. These are just a few of the several recorded incidents involving human-to-wildlife conflict.

However, elephants are generally gentle. They do not always attack humans if they aren’t disturbed. Through game drives, we encroach into their territories, therefore it is upon us to be alert and avoid aggressive encounters.

It is therefore important for tourists to be cautious during the thrilling wildlife tour. Here are some of the things one can do to avoid accidents

1. Maintain a considerable distance away from the animal. The need to take a selfie from a close range can result in attacks. It is therefore important to maintain that distance even when taking pictures.

2. Be watchful and alert always. Pay attention to the animal’s behaviour or reaction. You can be able to determine if the animal is not comfortable with your presence.

3. Do not panic when you encounter an animal. Your reaction can be detrimental, do not run, and avoid obnoxious behaviour. Be calm and move slowly away.

4. Be very careful when approaching blind corners. Meeting an animal or group around a corner can result in panic, and bad reaction from the animals.

5. Do not feed the animals. Keep your food to yourself to avoid negative encounters. Always remember that animals in a national park are different from those in a zoo.