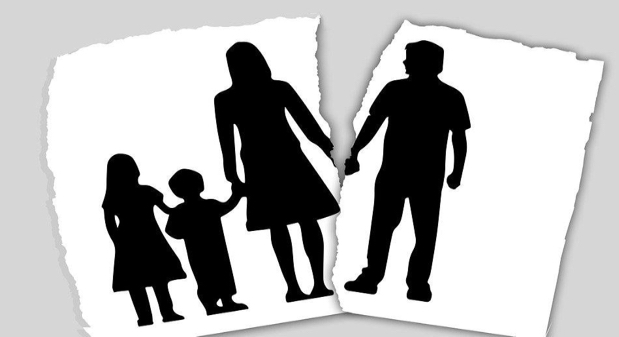 “I vow to be with you till death do us part”. Nowadays, it’s more like “till divorce do us part”. Divorce is becoming increasingly common in today’s society including our home, Zimbabwe. Many people think that divorce is the only solution to family conflict. However, couples must think twice before settling for a divorce.

Divorce is the legal dissolution of a marriage. In contemporary societies, divorce is done by a court where the two who want to divorce must sign a divorce certificate. In customary/traditional marriages, arrangements at a traditional court or a dispute resolution meeting involve deliberations that will lead to the payment of a divorce token “gupuro”, signalling the termination of the marriage contract. Oftentimes, gupuro is paid by the husband who wishes to divorce his wife.

There are various push factors leading to divorce. Hurtful speech is a significant cause. Adults who were raised in families where verbal abuse was practiced may carry forward the trait into their own families. Film and television comedies turn rude speech into a laughing matter, leaving the viewer with the impression that it is harmless or even funny when it actually destroys marriages. Domestic violence also plays a key role in pushing a couple to file a divorce. Early marriages are proving to be weak marriages and short lasting. Girls are getting married at an early-teen age when they are not yet mature to carry out the duties of a wife. Eventually, they get divorced by unsatisfied husbands or they get fed up and leave. Infidelity in a marriage is a major cause leading to divorce. If one spouse finds out that the other spouse is unfaithful, trust is broken and the victim may call for a divorce.

When life becomes unbearable between a woman and her husband because of the above reasons or any other, she may think of divorce as being a fair solution for both of them to get their independence.

As much as divorce grants freedom, it has adverse effects on both spouses and their children. Women, for instance, undergo enormous emotional crisis as a result of divorce. Consequently, they find themselves alone with their children and hence, obliged to look after them in a society where divorced women are stigmatised.

Some of the divorced women may not have a stable source of income as they would dependent on their husbands before divorce. They have to earn money without neglecting their duties toward their children and this is very strenuous to accomplish. Divorced women may suffer from sexual harassment in their struggle to work for their children. Emotionally, a divorced woman feels as if she was betrayed by her ex-husband. She may start being a misandrist and this has direct effects on the way she raises her children. She can also experience health problems such as depression.

Hypothetically speaking, men are the least affected by divorce. However, this does not mean that they do not suffer at all. Indeed, men suffer financially from divorce due to “ridiculous” amounts of maintenance bills requested by the mother of the children. Most men are stressed after prohibition from seeing their children after the mother gets full custody of the children. They can also suffer from problems including  weight fluctuations, anxiety, and insomnia.

From the book “Putting Children First”, by Joanne Pedro Carrol, studies have shown that children with divorced parents have a higher chance of getting psychological, behavioural, academic and social difficulties when compared with children from a stable marriage. The toughest age for children to deal with the separation or divorce  of their parents is 6-12 years. This is because they are old enough to remember the good times from when their parents were united. However all children will get affected negatively. They are more likely to live in poverty and may fail to go to school due to financial challenges. They can also engage in early and risky sexual activity, non-marital childbirth, earlier marriages, cohabitation and marital discord. The situation forces them to “mature” at a tender age. They may blame themselves thinking that maybe they caused their parents’ divorce. Furthermore, these children may develop trust issues which affects their relationships negatively.

As Zimbabweans, we have to stand tall and fight against divorce. Taking time to know each other before marriage may help to reduce divorce rates. Get to appreciate traits and habitsyou are going to adapt to if you get married to them. Avoid hurtful and abusive speech. Show empathy. Observe respectful couples and copy from them. If you observe that your love for your spouse is dying down, revive the feelings you once shared.  Cultivate forgiving attitudes. Spend time together and discuss problems together. Surround yourselves with people in healthymarriages. Above all, remain faithful to your spouse. Marriage is a tough ride, but it is better to solve the problems than to runaway from them. As Zimbabweans, let’s strive to build and sustain happy and healthy marriages.

One thought to “Divorce In Contemporary Society, A Cause For Concern”