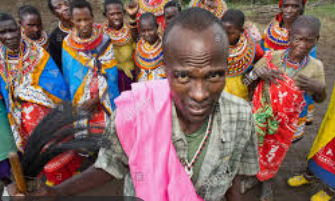 Before one dismisses polygamy as evil, he or she has to first understand the terms ‘polygamy’ and ‘evil’.   Understanding these two terms will enable one to dig deeper on the existence of the practice of this kind of marriage. Does it mean those who founded it were not normal? What about those who adopted the system into their cultures?

The oxford dictionary defines polygamy as a practise or a custom of having more than one wife or husband at the same time. One has to underline the wife and husband from the word go. This simple means a man can have more wives and the women can have more husbands as well. That brings us into conclusion that polygamy is a gender balanced practice.

It is not known when polygamy came into existence, but various reasons are brought forward to explain its existence importance. It is most common in places where pre-colonial economic activity centred around subsistence farming which requires lots of manpower. Polygamy was a main tool or practice to boost the population, mostly in Africa as Africans believe in numbers. More people in the family mean less labour and more people in a state were a symbol of strength and a population was needed for defence.

Though other religions regard polygamy as something evil in our days, it has a religious background. In the bible the man giants who shaped the biblical history where polygamous. David the king of Israel had eight (8) wives; his son Solomon who took the throne after him had 700 wives and 300 concubines. It is also suggested that during the New Testament error, the Jews were still practising polygamy. Looking at the African traditional religion, one is not limited to a single wife, but a wife cannot have many husbands. One has to note that this does not qualify polygamy as evil, as a new phenomenon has been brought as well leading to the corrupting polygamy, which is patriarch. Polygamy and patriarch are two parallel practices; hence one should not mix the two.

Due to the adoption of Christianity and the so called civilization in Africa, now polygamy is associated with backwardness and moral decay. For one to be regarded as a fully married person, he has to have a single wife or a single husband. This brought an interesting question. Does one wife suit a man? Does a single man suit a single wife?

Polygamy is associated with cheating and not loving the previous wife, which lacks validity. Conflicts are also brought forward to defend anti polygamy. As polygamy is now a fading practice, does cheating end? Are divorces coming to an end? One has to understand that an eye sees more and the eye loves more. In as much as polygamy is fading, divorces are becoming the food of day to day living, people are marrying today to divorce the next day. If polygamy was not found in a marriage then what causes the conflicts leading to abuses and murder cases?

5 thoughts to “POLYGAMY SOMETHING EVIL?”