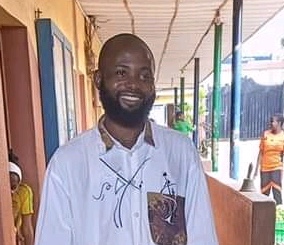 The day is still fresh and he’s wasted already,
Soaked in booze and pills.
He says it kills time, and heals his pain and agony.
This is his predicament, but he’s not alone, some have given up the ghost.
He, like many others of his kind are wallowing in abject poverty, its like hell is let loose.

The establishment has created a disconnect, though twas bequeathed to them from the previous epoch, the gap has never being this wide.
And now the struggle between the classes is even more intense, but the fight is left to a particular few, the informed.
They want to build bridges and reset the table, but the establishment has everything rightly figured out.
Making it nearly impossible for a just, equitable and peaceful coexistence between the classes.

Unfortunately, a great number of the able, agile and informed ones are tools in the hands of the masters and have become stooges.
Some are gullible and docile, they ignorantly play to the script of the keepers.
Further widening the gap, they are divided along ethnic and religious lines, as such the spirit of unity of purpose has been defeated.
They know not the power of unity, the establishment knows, and that’s why they have device the tactics of divide and rule, how pathetic.

They day is coming to and end, its sundown already but he’s still wasted, like many of his kind.
A few knows the way but have decided to sit on the fence and keeps mute while the status quo remains, though they know silence is not the best but are not willing to pay the price for many are gone and in vain too.
Surely, a revolution is coming to sweep the tide like wild fire, but it takes the efforts of the people for it to take place, they are not of the middle class but with their information they will overtake establishment.