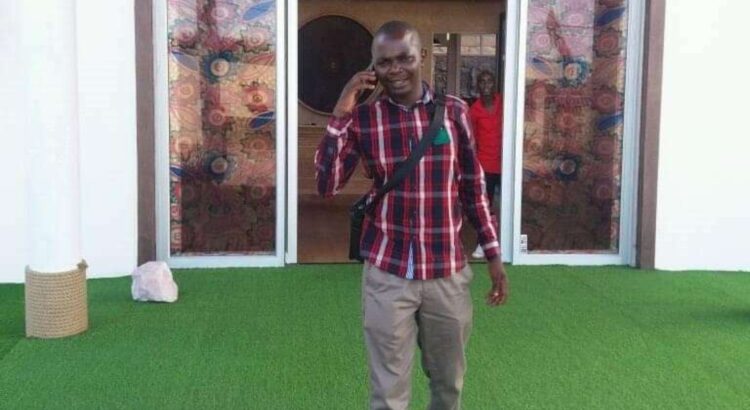 Music has often been an invaluable tool in promoting ethical practices in societies. It promotes spiritual harmony or order in the soul. Plato even said that “music is a moral law. It gives soul to the universe, wings to the mind, flight to the imagination, and charm and gaiety to life and to everything”.

It is a tool that gospel chanter Takudzwa Masiko, known in the music circles as TK Masiko has used in cultivating morality amongst his followers. His gospel flavour is never short of moral ingredients. It’s genuine entertainment with a purpose. It is therapeutic.

For TK, an album should fulfil the quadruple purpose, educate, comfort, entertain and soothe. The song that drew my attention to the ‘Handidi Kudzokera Shure’ hitmaker is ‘Ushe’. The song metaphorically speaks against rivalry amongst leaders, and advocates for good leadership. Through melody, TK encourages leaders to live an exemplary life.

The talented gospel muso has so far released five albums since 2014. It was the 2015 song ‘Handidi Kudzokera Shure’which rose him to fame, making him one of the most popular gospel musicians especially among members of the Zion Christian Church.

Earlier this year, TK released a single track titled ‘Timboisa Munamato’ a solemn prayer released in remembrance of those who passed away as a result of the Covid-19 pandemic. The song premiered on YouTube on the 27th of April. “Writing the song ‘Timboisa Munamato’ was inspired by the outbreak of the Covid-19 pandemic which has led to the death of many people,” said TK.

Through the song, Mr Masiko prays for God’s intervention to save humanity from the novel coronavirus which has seen the world recording over five million fatalities as of 29 November 2021. The song contains a deep message, an earnest appeal for God’s mercy in the face of the pandemic.