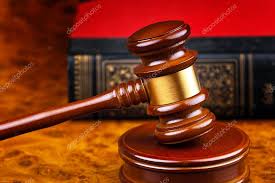 By Ashley Muchero
A man appeared in court for stealing sheep on two occasions.
George Ngove (61) of Nerupiri Village appeared before Masvingo provincial magistrate who sentenced him to one month imprisonment and a restitution of USD100 for stealing sheep at Hampton Farm.

State prosecutor Brighton Gundani told the court that on the 8th of August 2022 at around 2000hrs ,Ngove who was once a security guard at the farm hatched a plan to steal sheep and proceeded to the manager, Enias Mudzana’s sheep pen whilst he was asleep.

Moyo opened the sheep pen using duplicate keys and slaughtered one sheep and took away the meat.

The matter then came to light on the 16th of August when Moti was caught by the security guard Wellington Tongoona trying to open the sheep pen with duplicate keys in a bid to steal another sheep.

Investigation and indications were then made leading to the discovery of an empty sack, a small metal axe, a bunch of keys and two knives were recovered at the scene and were confirmed to be Ngove’s.

Value of the sheep stolen was at $100 and nothing was recovered.
Gundani further told the court that on the 16th of August Ngove hatched a plan to steal another sheep at Mudzana’s sheep pen and he proceeded to the pen with an empty sack,a metal axe and two knives.

Upon arrival, Ngove used the duplicate keys to open one of the locks and whilst trying to unlock the other key, the guard on duty Wellington Tongoona came in and intercepted him before he stole the sheep.

Tongoona took Ngove to Mudzana who later took the thief to the police.
Ngove was then taken back to the scene of crime for indications and further investigations.Recovered items were then taken to Ngove’s family for identification and confirmation and were positively identified.