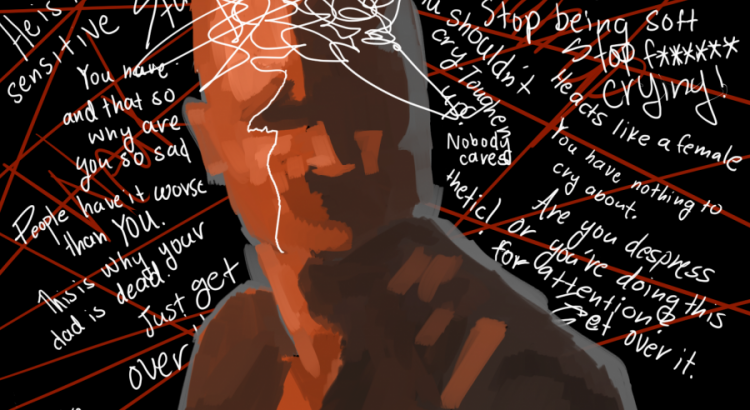 The subject of mental health, particularly that of men, has in the recent past begun to gain traction than it did in the yester years. In more ways than one, quite a number of individuals, governmental and non-governmental organisations have taken it upon themselves to spread awareness on this subject of mental health that, in the far past, had been marginalised for too long.

A further look into those suicide statistics will review that the majority of those suicide deaths is by men and I am of the view that this is what has informed the decision to spread men’s mental health awareness by the groups I mentioned in my introduction above.

Many experts have launched a probe into the cause of suicide by men in this part of the world and several suggestions on the reasons have been put across by these many. An attempt to rehash all of the reasons why men commit suicide that have already been put across by experts, will be futile on my part but I shall isolate one or two for the purposes of laying the foundation upon which my article shall now be rested. Some have pinned the blame on social and cultural norms.

I couldn’t agree more on this line of thinking. I remember, not so long ago, a young local man, I am told, tried to commit suicide after he fought with his newly wed wife. Thank God, his relatives quickly sought medical assistance and doctors managed to save his life after he ingested a pesticide but now that he is alive and well, I am worried about the statements I hear those around him speak in reference to the attempted suicide, either to him or in his absence.

I have heard some say to his face that they do not care to hear what went wrong but all they wanted to say was that what he did was, for lack of a better term, womanly. Not that I am justifying the attempt to commit suicide, but I think such statements are emanating from beliefs that have been engraved into us by society as we grew up. “Man up” we were told. “Big boys don’t cry” they told us but I’m happy now, when I read a tweet and some man somewhere is saying “it is okay for you not to be okay.” I am gladdened when I hear Holy Ten sing a song (Taura zvinokunetsa) encouraging listeners to openly talk about what is weighing on their minds.

It shows our men now realise that opening up when hurting does not subtract anything from their masculinity. Some have also pinned the blame on the struggling economies of developing countries. Egos of our men who, in the natural order of things, were supposed to be the providers have been wounded by the failure to provide for their families due to high unemployment rate and despite being educated, they have turned to vending in the streets but the endless chases by the city council has left them buffeted by weariness and for the few who are formally employed, their salaries have been battered by high inflation rate; they can barely make ends meet with their earnings.

How then can they be able to afford to pay hourly sessions with a professional therapist? At the end of the day, our men are left vulnerable to depression and if not properly managed, suicide ends up seeming like an easy way out. So what can be done? I do not have any new prescription myself except to encourage those who have been spreading awareness on mental health to keep doing so at full throttle.

I am inviting mental health experts to take the lead in spreading this message. Instead of useless subjects trending on social media, let’s have a thread on this subject. You never know how many suicides you would have stopped by spreading awareness. To the men, yes you might not afford paying for sessions with a therapist now, but there is no harm in opening up to a friend, wife or relation. In the time, ta-ta dear reader. Robert Mugobi is an author and poet. He writes here in his capacity and can be contacted at mugobirobert@gmail.com