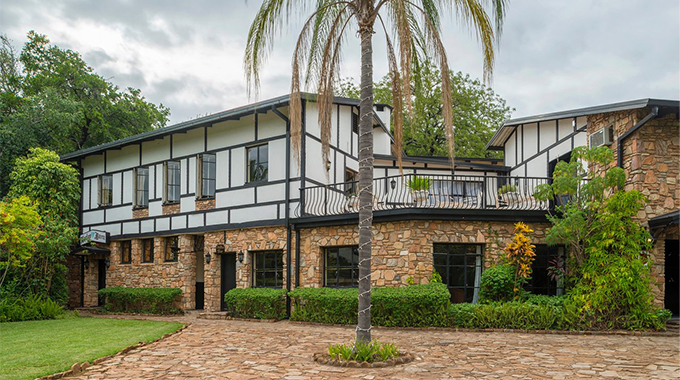 The elephant trumpets in the dead of the night, the hyenas’ hysterical human laughter and  the tweets of the birds describe regular nights on the bank of the Humani-Turgwe river.

The spectacular scenes at the iconic Chilojo Cliffs, elfin landscape close to Chilo Gorge and the warm hospitality at the 5-star Singita-Pamushana Lodge have all been attracting travel enthusiasts.

However, the Covid-19 induced travel disruption especially for international travellers has had negative impacts on the tourism sector and the low veld has not been spared.

This makes a call for the prioritisation of domestic tourism relevant. In an attempt to rejuvenate activities in Zimbabwe’s tourism sector, the Zimbabwe Tourism Authority launched a domestic tourism campaign dubbed ZimBho.

The government also exempted VAT on all tourism services in a bid to make the prices of tourism products and services lower. The low veld is apparently inviting, this time with a new beauty of the dense bushes which have just gained a new lease of life. The post winter sprouts and the early summer blossoms, giving some natural aesthetics

It’s actually “ZimBho” to make the low veld your holiday destination this festive. In the Malilangwe Wildlife Reserve is Singita-Pamushana, a high-profile lodge for “classy” travellers.

It is also a perfect destination for the romantic golden days of the honeymoon as it provides exquisite hospitality services for couples and individuals.

There are several camps in the Malilangwe Wildlife Reserve, Gonarezhou National Park and Save Valley Conservancy which all provide impeccable hospitality services.

From Harare to Chiredzi, travellers can pass through destinations in Bikita district. Chibvumani  National Monument is one other destination to pass through.

The centre is of historical significance as it is believed to be one of the dry fortresses of the Munhumutapa Empire. It is located along Masvingo-Mutare highway in Muduma village.

Travellers can pass through Mashoko Mission where one of the oldest hospitals was established by the New Zealand Church of Christ missionaries in the 1930s.

Along the dust road on a rugged terrain, travellers can choose to pass through Manjirenji Recreational Park for fishing and canoeing in the Manjirenji dam, a rockfill dam built along Chiredzi River between 1964 and 1967 to provide water for Mkwasine Estates irrigation project.

Through the communal areas of Zaka, the first animal sanctuary for ecological tourism is the Nyangambe Wildlife Conservation area, a buffer of the Save Valley Conservancy.

Camps close include one in the Hammond Range, a privately owned property located about 58 km outside Chiredzi with diverse landscape featuring jutting granitic kopjes. There is a lodge run by Nyerezi Safaris which can accommodate up to 12 guests in shared accommodation.

Private accommodation is also available in Chiredzi town, with the Nesbitt Arms Chiredzi being one of the best providers of hospitality services. The recently refurbished hotel is an attractive mix of Tudor-style black beams and hand-hewn stone. A tour in the sugarcane plantations in Hippo Valley and Triangle Estates can be made with hospitality services also provided at Triangle Country Club as well as Hippo Valley Country Club, and each country club has a golf course.

One thought to “‘Night time vibes at the Chiredzi Arms Hotel!’ . . . Ecological tourism in the lowveld”